Oops: California's public pension funds have a shortfall of $520 billion, with a "b", thanks to masterful management by Democrat hacks 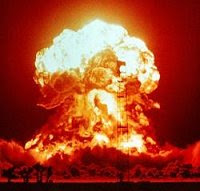 What's most disturbing is the lack of transparency on the part of the pension funds, as they have reportedly overstated their financial health as a matter of course.

...we estimate the combined funding shortfall of CalPERS, CalSTRS, and UCRS prior to the 2008/2009 recession at $425.2 billion... At the time of this writing, the funds have not released more recent financial reports, but due to the previously mentioned $109.7 billion loss the three funds collectively sustained, we estimate the current shortfall at more than half a trillion dollars.

That figure represents six times the amount of the total California state budget.

The study points out that the huge number of baby-boomers, whose retirements approach by the day, translates to a potential disaster in only a few years.

The chief actuary for CalPERS says the current pension situation is "unsustainable". And the state treasurer, Bill Locke, believes that without reform, these pensions will bankrupt the entire state. 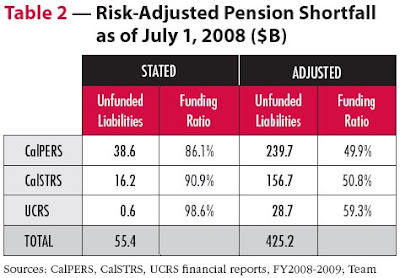 That's a time bomb only MacGruber can defuse.