Bill Maher Bechumps Himself: The Same Independents and Conservative Democrats who voted for Obama are now Teabagging Racist Klanners

Continuing his quest to reach the pinnacle of nescience, the lavishly ignorant Bill Maher bechumped himself once again yesterday. On his television show, which gets lower ratings than the spin dry cycle at the laundromat, Maher and his guests proferred the standard state-approved propaganda. You know, Tea Party activists are racists. 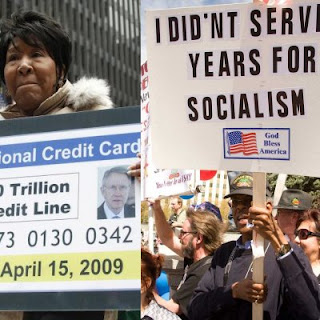 ...Maher’s guests, which included New Yorker editor David Remnick and journalist Laura Flanders, appeared to concur with Frank Rich’s take on what’s motivating the movement, concluding from the poll results that the Partiers are actually not that upset about government involvement or taxing (they like their medicare; social security), but are worried and angry that we have a black president.

Says Flanders: “All this time we’ve been told to believe that they were beleaguered poor white people worried about taxes, now we come to find out they’re actually quite well-to-do white people, worried about a black president.”

Says Remnick: What concerns me is the phrase ‘Take Back Our Country.’ When I hear the phrase ‘we want our country back’ I’m afraid that’s coded language. 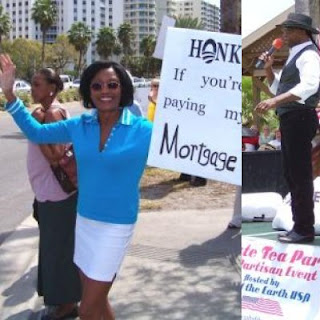 The idiot with the veiny, bulbous nose somehow forgot that 40% of Tea Party members are Democrats or independent. Those are the same swing voters who elected Barack Obama president. But now they're racist, teabagging Klanners. 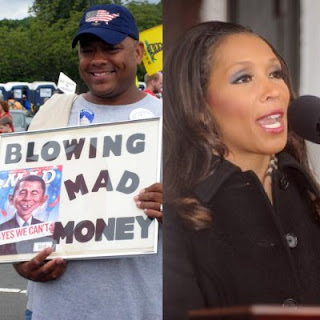 This is precisely why liberalism is the philosophy of the stupid. Those who allow themselves to be divided -- to be manipulated -- by arbitrary distinctions drawn by idiots like Maher are themselves ignorant.

Our founding document -- the Declaration -- and our highest law -- the Constitution -- draw no such distinctions. Millions gave their lives to defeat slavery, crush Nazism and eradicate Communism to protect our right to live freely, to set limits on an out-of-control, authoritarian government.

That is why liberalism must be defeated. The enemies of the Constitution side with evil; they side with unlimited government and inevitable tyranny. And the pathetic Bill Maher is the handmaiden of stupidity.