Another screw-up heard from: DemCare Bill forgot to include a religious exemption clause

The Patient Protection and Affordable Care Act, otherwise known as DemCare, has all sorts of hidden secrets. The immense and hastily drafted law, passed through the Senate on Christmas Eve with bribes aplenty, has hundreds of new mandates and some accidental omissions. • Businesses with over 50 employees are required to construct dedicated "breastfeeding rooms" (which cannot be bathrooms).

• Congress forgot to exempt themselves and their staff members from the bill's effects, which means they "will not be able to keep the insurance they like, and may lose it even before there are any alternatives for them."

• Millions of seniors will lose their Medicare Advantage coverage, while millions more with Health Savings Accounts will be fined or have to buy new policies. There are 19 new taxes including penalties for individuals and families who do not buy "government-approved" policies; and businesses with 50 or more employees must pay a $2,000-a-head fine if they don't offer approved coverage.

• There is a huge new tax on investment income, which is not indexed for inflation. It will therefore hit more and more people every year -- just like the AMT. 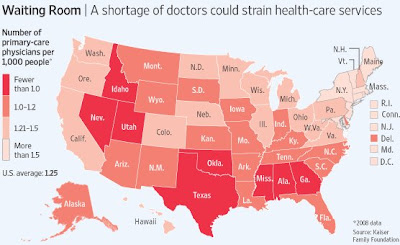 • There is a new tax on home sales of 3.8%. This will hit middle-income people who are "'rich' for only one day" as they sell a house and buy a new one.

• There are $15.2 billion in new taxes on the middle class as DemCare severely restricts the medical expense deduction, which is widely used by families who have a serious illness or are elderly.

• According to Sen. Diane Feinstein (D-CA), there is a huge new loophole in the bill as nothing prevents health care companies from raising rates by any amount.

• The bill will lead to a dramatic shortage of doctors -- around 150,000 doctors almost immediately -- because the pool of newly insured welfare DemCare recipients has expanded so dramatically.

Now it appears the bill contains another surprise: the "religious exemption" that allows individuals to conscientiously object to joining DemCare was screwed up as the bill is written. Based upon the letter of the law as it was written and passed, there is no religious exemption.

‘(A) RELIGIOUS CONSCIENCE EXEMPTION- Such term shall not include any individual for any month if such individual has in effect an exemption under section 1311(d)(4)(H) of the Patient Protection and Affordable Care Act which certifies that such individual is a member of a recognized religious sect or division thereof described in section 1402(g)(1) and an adherent of established tenets or teachings of such sect or division as described in such section.

Problem is, there's no section 1402(g)(1) in the bill. That goes for the certified copy of the bill, not just the one online. 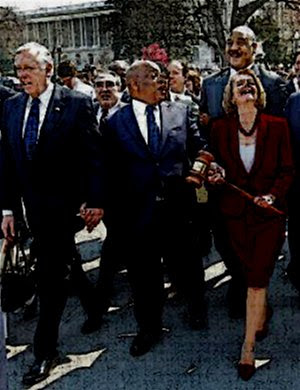 Another apparent omission relates to a section about exemptions for “a recognized religious sect or division thereof...” That section in HR 4872 references descriptions of such a sect in “section 1402(g)(1),” but the section appears to either be missing or to be part of an extraneous document. That section could not be located in HR 3590 either. We utilized a document search and we also combed through both bills. If it’s there, we could not locate it. What religions are exempted?

We must point out this religious exemption is unconstitutional, in our opinion. Attorney Marci Hamilton, writing for FindLaw, agrees with me and she does a fine job explaining why. Hamilton also believes this is a danger to children, “The sad truth is that members of Congress either do not know this religious-exemption provision exists within the mammoth health care bill, or else they are willing to pander to a small religious group at the expense of children's well-being.”

Now, what the staffers who wrote the bill probably meant to say is Section 1402(g)(1) of the Internal Revenue Code, which deals with Members of certain religious faiths and exemption from the code.

Any individual may file an application (in such form and manner, and with such official, as may be prescribed by regulations under this chapter) for an exemption from the tax imposed by this chapter if he is a member of a recognized religious sect or division thereof and is an adherent of established tenets or teachings of such sect or division by reason of which he is conscientiously opposed to acceptance of the benefits of any private or public insurance which makes payments in the event of death, disability, old-age, or retirement or makes payments toward the cost of, or provides services for, medical care (including the benefits of any insurance system established by the Social Security Act).

But, as the law is written, there are no religious exemptions.

No one gets to opt out: not the Amish, not the Muslims, not the Atheists.

How many other mistakes have the master planners made? How many omissions have the geniuses, who think they can proscribe the operation of one-sixth of the economy, made?

The horrors associated with this disastrous bill won't become fully evident for years, but it's safe this "law" marks the end of the United States as a Constitutional Republic.

In service to evil Social Justice the wicked have poisoned God's Freedom with the Serpent's tyrannical Serfdom.

Burning in hell isn't good enough for the damage they have done.

Sometimes I think the only solution is for the tax paying, productive people to just bug out. Go to Australia where the population of the continent is about the same as NY State. Wait about 10 years and return. By then the people left would be living in shacks with most gone from starvation, drugs or frozen to death.