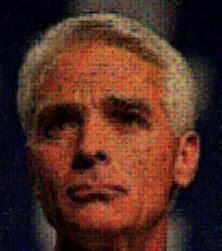 Asked five times last month by Chris Wallace whether he would run as an independent for the U.S. Senate seat in Florida, Gov. Charlie Crist responded "no" five separate times.

Crist reaffirmed his gelatinous reputation today, with advisers informing the Wall Street Journal that he would announce he's running as an independent.

Crist doesn't have a principled bone in his body. He supported President Obama's outrageous "stimulus" package and has shifted positions on every issue imaginable.

To be fair, Crist does have one unshakable core principle. He will stop at nothing to ensure that Charlie Crist gets elected or appointed to high office.

at 7:23 PM
Email ThisBlogThis!Share to TwitterShare to FacebookShare to Pinterest
Labels: Democrats

Anyone who is foolish enough to embrace and support the Democratic Party's policies today - like that disastrous Stimulus 'Pork' flop, or would veto sound efforts to improve Public Education - is a complete moron.

It will be sincere justice, to see Crist sink like a rock, as the fake independent presented in the NJ GOV race, designed to save the horrid Corzine.

Voting Republican is becoming easier by the day, as the bad weeds are being tossed aside. This is essential, as the need to vote GOP has become extremely important in terms of power, and checking the monstrous Democratic Party offering.

Democrats alone, their ugly presence and obscene misuse of power, has reminded all about the attractive efforts of the center - right Republicans.

It frankly could not be more absurd with the likes of Pelosi, Reid, Obama, Clinton, Boxer, Waters, Obey, etc.