Why BlackBerry Should "Go All Borg" on the Android

RIM is on a roll, both in financial terms and in its swath of compelling new offerings. But it faces challenges, as all successful tech companies do, from competitors new and old. This "position paper" -- such as it is -- describes a completely personal take on how RIM can learn from the lessons of the past and perhaps avoid the tidal wave of obsolesence that so often seems to swamp powerful incumbents. 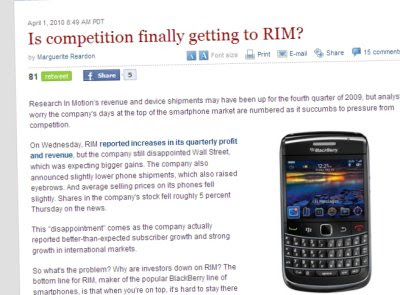 Given the dramatic rise of the mobile Internet, compressed deadlines for strategic actions are certain. I therefore propose a simple course of action that could help mitigate risk while offering the potential for top-line growth, differentiation and market share for the maker of the BlackBerry. Too radical? Too tame? Just plain silly? Please let me know in the comments.

Why now? Mary Meeker has eloquently described the ramp-up time for mobile Internet adoption as "exponentially faster" than the "explosive" growth of the desktop web. 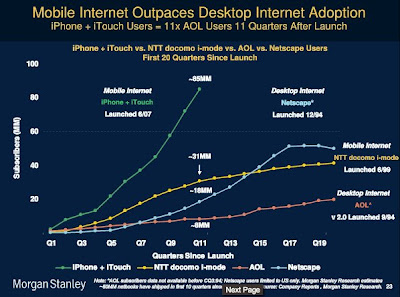 Is it therefore unreasonable to anticipate analogous corporate interplay among hardware, software and service providers? It is all but certain that events will play out more rapidly and with more market brutality than we saw with the desktop web.

In the desktop world, Microsoft ignored, ridiculed, fought and -- finally -- succumbed to open source. In fact, MSFT's coupon deal with Novell was a tacit admission that Unices (Linux included) represented a significant IP challenge to the legal and competitive hegemony it had once wielded. 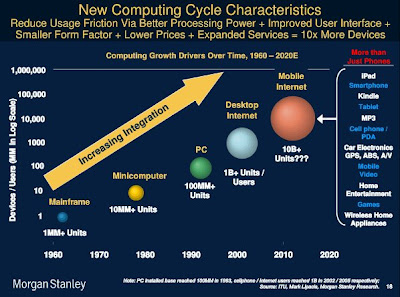 If I can be so bold as to map the world of networked desktops to the mobile Internet landscape, I propose the following analogies:

1. RIM plays the role of Novell: an early, dominant leader in advanced solutions for corporations;
2. Apple plays the role of Microsoft: utilizing dominance among consumers and early corporate adopters to begin capturing mindshare and positioning itself to supercede the incumbent (RIM);
3. Android plays the role of LAMP (Linux, Apache, MySQL, PHP), a stack designed for ease of development, rapid augmentation and improvement, and unparalleled cost-effectiveness -- i.e., completely free to use;

These analogies are, of course, just that. They are imperfect and imprecise, but they do provide one historical prism through which we can view the forthcoming revolution in mobile.

RIM appears, for example, to be anything but a staid Novell, which suffered from severe strategic and product management gaffes during the course of its war with Microsoft. That said, the loyalty that Apple iPhone users have to the platform appears unprecedented. A recent study indicates that 90%+ of users would resist switching platforms short of a threat at gunpoint.

Microsoft, to this day, has resisted embracing its chief competitor in the networked server stack (LAMP) with the exception of the PHP programming language. PHP's popularity -- and the fact that, early on, it established a beachhead on Windows Servers -- forced Microsoft to act lest it lose significant market share among ISPs and other players of scale.

Could Microsoft sell its proprietary packages on Linux variants? Would there be a market for a closed-source SQL Server for Red Hat Linux? Could MSFT sell its own File-and-Print platform for Novell's SUSE? Given the market-share achieved by Linux,I strongly suspect that the Redmondians could capture significant swaths of "blue ocean" among corporate users who require major-league maintenance and support. Yet, these products are unavailable and -- presumably -- will never be brought to market, even as Linux continues to gain momentum.

Given these rough analogies, what sort of moves could RIM execute to mitigate erosion in market share? As the iPhone and Android spread to various carriers and as their support for corporate integration improves, so too does the possibility of one or more dramatic, breathrough applications arising on those platforms, leaving RIM a step behind. 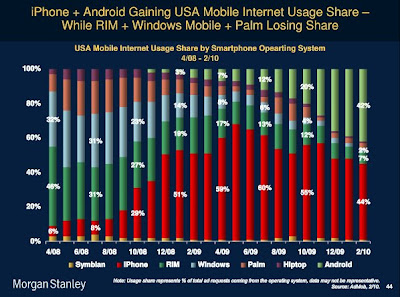 The scale and diversity of developers on the iPhone and Android platforms represents a formidable foe that RIM has no choice but to confront head-on. The BlackBerry must choose one of two paths:

1) The Microsoft approach: assume that every platform is the enemy; resist it at all costs even as differentiation, margins and market share diminish;
2) The Borg approach: embrace and extend strategic platforms.

The Borg approach does not need to be executed immediately. Certain decision-points (e.g., a minimum market share threshhold) could be formulated that would dictate when a rollout is warranted. That said, R&D in these areas would seem to be critical in order to prepare for what I think may be inevitable.

The Borg approach could be used to damage another competitor. For example, imagine that RIM created a full-fledged, BES-compatible security solution for Android, but ignored iPhone. Improved corporate Android acceptance, at the expense of iPhone, would be likely.

I can hear the question now: why would RIM cannibalize itself? I have a simple philosophy: if you can't cannibalize yourself, someone else will throw you in the cauldron. That said, I do suggest some thresholds, at which point RIM management could choose to engage in these areas. So long as market share for its targeted organizations stays above that marker, RIM could choose to leave these products in R&D or in a limited beta test.

But preparing for a likely onslaught, whether in the form of a dramatic new application or a new "killer device" seems like a sound approach.

Security as the be-all and end-all

RIM achieved dominance as a corporate handset not simply because of its excellent usability, but also due to its attention to detail in the realms of security, policy and manageability. Microsoft, despite countless revisions and upgrades of Windows Mobile, has yet to match RIM in any of these areas.

As state regulations become more onerous -- added to the daunting requirements of PCI, Sarbanes-Oxley, HIPAA, GLBA, FINRA, the SEC, etc. -- it's clear that bullet-proof security will be the first and overarching requirement of corporate IT decision-makers. 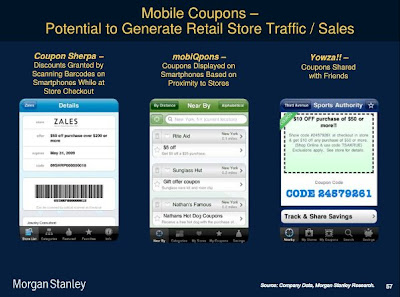 The current solutions for securing mobile devices -- from vendors like Good Technologies, MobileIron, Sybase, etc. -- are relatively immature. The vendors are, in comparison to RIM, tiny. And managing "yet another technology" requires IT groups to add soft-dollar (FTE) costs at a time when they can least afford it.

The BlackBerry solution addresses all of the above:

- Its solutions are provably secure, robust and mature
- As a vendor, it is already a trusted powerhouse for corporate IT decision-makers
- The BES management solution is present in nearly every major shop, which alleviates the FTE issue

Mobile Commerce, Built Upon a Foundation of Security

Let's assume for a moment that RIM has followed this advice to a tee and rolled out a secure, BES-compliant platform for Android. What interesting applications could then be deployed using this foundation?

I contend that a true mobile wallet, enabling one-click (oops, did I violate an Amazon patent?) payment using PayPal, PAC (pre-authorized checking), e-coupons presented on-screen, etc. would be a logical and compelling offering. Furthermore, with BES already present within the shops of major merchants, value-added extensions to popular accounting and transactional systems (A/P, A/R, EFT and so forth) would seem to be natural differentiators. 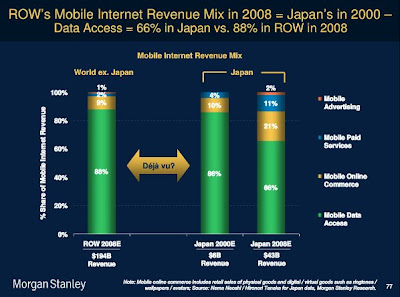 Seeing as it installed in so many important shops, BES represents a significant asset. Commerce enablement and back-office integration for merchants would appear to be powerful methods to solidify its place in the IT infrastructure and to create new revenue streams through commerce integration and enablement.

BlackBerry should be prepared to "drop the hammer" on the mobile market by displacing the third-party security solutions that are beginning to gain traction in corporate environments. By doing so, it could not only capture "blue ocean" market share, but could potentially open profitable new fronts through which it can interoperate with, and monetize, existing and unanticipated applications.

One day, perhaps BES could stand for "Borg Enterprise Server"!

Very informative article. Thanks for sharing. We are involved in the mobile development field as well, specialising in iPhone, blackberry as well as android. http://bit.ly/biYROA