The Obama Budget for 2011: A Deficit Volcano is About to Blow 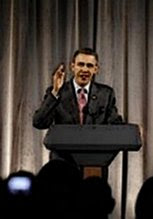 The Heritage Foundation examined the President's 2011 budget proposal and, in a nutshell, what they found is truly shocking (PDF).

While legacy media publishes administration press releases and scapegoats Goldman Sachs, there can be no doubt that Barack Obama's agenda is the destruction of the American economy, which will be facilitated by a default on the public debt.

No president has proposed more reckless spending in the history of this country:

• Would permanently expand the federal government by 3 percent of gross domestic product (GDP) [Ed: app. $500 billion in 2011] over 2007 pre-recession levels;

• Would raise taxes on all Americans by nearly $3 trillion over the next decade;

• Would raise taxes for 3.2 million small businesses and upper-income taxpayers by an average of $300,000 over the next decade;

• Would leave permanent deficits that top $1 trillion as late as 2020;

• Would dump an additional $74,000 per household of debt into the laps of our children and grandchildren;

• Would double the publicly held national debt to over $18 trillion.

These projected deficits reach a level that simply cannot be repaid, especially when combined with unfunded entitlement programs like Social Security, Medicare and an imminent tidal wave of retiring baby boomers. 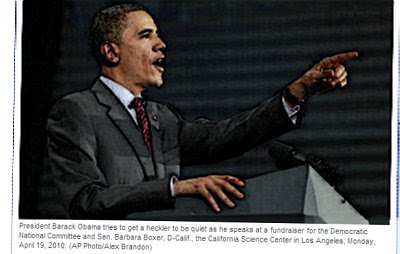 The health insurers aren't to blame.

The Democrats' next target -- the oil, gas, coal and refinery companies -- aren't the culprits.

All of those industries produce real jobs, pay their taxes, are regulated by every level of government, and generate the revenue that allows government to exist.

Yet they are vilified by the National Socialist Democrat Party. And no matter how much damage they do, they can never equal this administration and the radical Leftists in Congress. November is our last chance, folks. We must crush these Democrats politically or I'm afraid it's going to be too late.

Highly recommend the following article at Zero Hedge (long but I promise you will be rewarded: Of Avalanches and Tipping Points. (http://www.zerohedge.com/article/avalanches-and-tipping-points)