Rep. Darrell Issa, the top Republican on the House Oversight Committee, is "demanding" documents from the SEC. Issa and other Republicans contend that the timing of charges against Goldman Sachs, when new financial oversight legislation is being marketed by Democrats, seems a bit too... uhm, coincidental. Issa's letter reads, in part:

The timing of the Securities and Exchange Commission’s (the “Commission”) filing of a civil securities fraud action against Goldman Sachs & Co. (“Goldman”) has created serious questions about the Commission’s independence and impartiality. The Goldman litigation – filed by the Commission on Friday, April 16, 2010 – has been widely cited by Democrats in support of the financial regulatory legislation currently before the United States Senate... 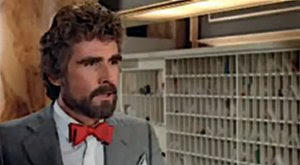 ...We are writing to request that you provide documents and information to this Committee regarding any sort of prearrangement, coordination, direction from, or advance notice provided by the Commission to the Administration or Congressional Democrats regarding last Friday’s filing against Goldman. The American people have a right to know whether the Commission, or any of its officers or employees, may have violated federal law by using the resources of an independent regulatory agency to promote a partisan political agenda.

The Commission’s canons of ethics require its members to “reject any effort by representatives of the executive or legislative branches of the government to affect their independent determination of any matter being considered by the Commission.” Moreover, the Commission is prohibited from using its resources to influence the passage of legislation. 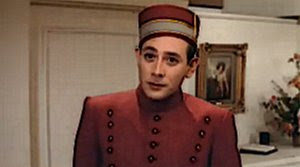 Nevertheless, the events of the past five days have fueled legitimate suspicion on the part of the American people that the Commission has attempted to assist the White House, the Democratic Party, and Congressional Democrats by timing the suit to coincide with the Senate’s consideration of financial regulatory legislation, or by providing Democrats with advance notice. In fact, the aggressive campaign by Democrats in support of the legislation neatly coincided with the Commission’s announcement of the suit. For example:

--The Commission approved the Goldman suit in a vote that spit along party lines – a rare occurrence for approvals of enforcement litigation.

--Before the Commission had released its announcement, the New York Times published on its website a story describing the suit.

--Less than half an hour after the Times story’s publication, Organizing for America, the successor organization to Obama for America and now a project of the Democratic National Committee (“DNC”), sent millions of supporters an e-mail message from President Obama urging support for “Wall Street Reform.” 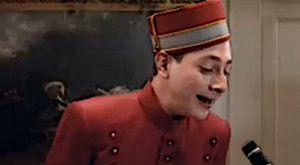 --Democrats in Congress and the Administration have heralded the Commission’s suit against Goldman as a welcome boost to their case for the legislation.

--Members of the media have already begun to question the timing of the Commission’s suit and the actions of the Democratic National Committee.

As supported by the Commission’s canons of ethics, and as frequently reiterated by you and other Commissioners, the unqualified independence of financial regulators is crucial to the health of the financial system and the U.S. economy. For this reason, doubts about whether the Commission has scrupulously guarded its independence from the Administration’s partisan political agenda and concerted efforts to manipulate Congressional action are very serious, and should be addressed with full transparency. 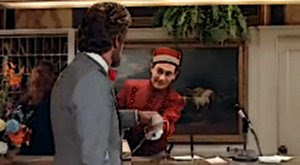 The Committee on Oversight and Government Reform is the principal oversight committee in the House of Representatives and has broad oversight jurisdiction as set forth in House Rule X. In light of the circumstances described above, and the need for the Commission to avoid even the appearance of bias, please provide the following records and information as soon as possible, but in no case later than 5 pm EST on Tuesday, April 27, 2010:

State whether any Commissioner or Commission employee communicated regarding the Commission’s suit against Goldman, prior to the public announcement of the suit on April 16, 2010, with any of the following:

--Any employee of the Executive Office of the President;

--Any employee of the Democratic National Committee or Organizing for America;

--Any employee of the Democratic Senate Campaign Committee;

--Any employee of the Democratic Congressional Campaign Committee; or

Identify every person who sent or received any communication described in request no. 1. 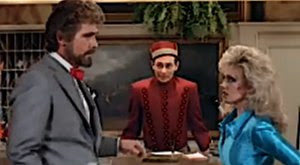 Identify all known communications by any Commission employee or employees with The New York Times or other news outlets prior to the Commission’s public announcement of the suit. If you are unaware of any such communications, please certify as such and explain what steps the Commission has taken to identify any individual(s) who may have engaged in unauthorized disclosure of information.

State whether Commission Chief of Staff Didem Nisanci or Senior Adviser Kayla Gillan engaged in any communication with any individual in the subcategories listed in request no. 1 between March 1, 2010, and the present, and identify any other member of the Chairman’s staff who engaged in any such communication.

...The American people have a right to know whether the Commission, or any of its officers or employees, have attempted to use their positions to help President Obama and Congressional Democrats pursue their legislative agenda and seek victory in the 2010 Congressional elections. If, however, the appearance of coordination between the Commission’s Goldman suit and Democrats’ partisan activities is merely the result of coincidence and extraordinarily fast political reflexes, disclosure should offer the commission the best opportunity to address outstanding concerns. In either case, we look forward to your timely production of records and information in response to this letter...

Gee, Darrell, I'm sure all of that s*** was just coincidental! As an aside, Ubersturmbannführer Axelrod could not be reached for comment at press time.

Uhh.. right, sure. Lot of nothing about nothing. Good luck, but Repubs lost by 9 million votes. And beside, who, as in the "American people" are demanding an investigation. Sounds like some projection going on.

By the way, how about some 'investigations" about the fraud among Iraq contractors?

Hey Buck, I think it might be time to put away your "Bush" talking points. He is no longer Prez as you so arrogantly have pointed out.
Get over Bush and pay attention to the damage being done by Obama.

I guess, in your mind, that the minority party no longer has any rights to investigate suspicious dealings....which by the way is an exercise in the "balance of powers".

If you support Obama, however, I understand why you may not be familiar with that particular principle of our government structure.

Don't know how you can prove collusion or "suspicious activities", or even why the parties would collude. Heck, I am all for conspiracy theories, but this 'investigation", which has a partisian motivation to it. The SEC is probably the least political portion of the government, the NY Times could get the story without resulting to National Enq. conduct, and the Dems had/have the votes anyway. So where is the motivation on any of the crtical links to the collusion. Sorry, this "investigation" is just silly and useless.