Fed's Latest Flow of Funds Report: Did the U.S. Sell Off Its Gold Last Year? 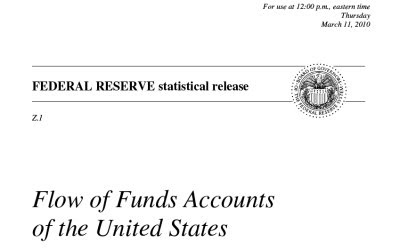 Page 24 line 14 reports sales of $190 billion of gold (6,000 tons, roughly), about three-fourths of our alleged domestic holdings. This occurred in the Third Quarter of 2009, over 6 months ago. This was very quietly done, as one might expect. 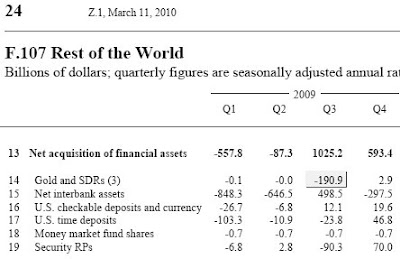 Although accurate figures are shrouded in mystery, Fort Knox is said to hold about 147.6 million ounces of gold.

Before World War II, there were 649.6 million ounces of gold in Fort Knox. The treasury now estimates that only 147.6 million ounces remain. However, the gold has not been inventoried since the 1950's. Some believe there is far less gold in Fort Knox. In 1971, the US abandoned the last remnants of the gold standard. US dollars are now fiat currency, not backed by gold or any other commodity.

Protected by a 109,000-acre U.S. Army post in Kentucky sits one of the Federal Reserve’s most secure assets and its only gold depository: the 73-year-old Fort Knox vault. Its glittering gold bricks, totaling 147.3 million ounces (that’s about $168 billion at current prices), are stacked inside massive granite walls topped with a bombproof roof. Or are they?

It’s hard to know for sure. Few people have been inside Fort Knox, a highly classified bunker ringed by fences and multiple alarms and guarded by Apache helicopter gunships. When the U.S. finished building Fort Knox in 1937, the gold was shipped in on a special nine-car train manned by machine gunners and loaded onto Army trucks protected by a U.S. Cavalry brigade. And the fort has been pretty much off limits since then.

Several days ago, Commodity Online speculated that the act of the U.S. secretly selling its gold was not outside the realm of possibility. 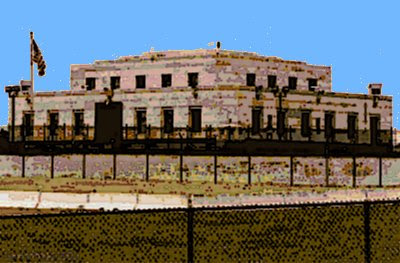 ...In June of 2007, Morgan Stanley agreed to pay $4.4 million to settle a class-action lawsuit with brokerage clients who bought precious metals and paid storage fees, when in fact it was alleged that Morgan Stanley wasn't physically storing their gold and silver at all. NIA believes we may now have an epidemic of banks selling gold/silver they don't have. If this isn't exposed immediately, it could bring down the world's financial system

..."We already know that the Federal Reserve's bailout of Bear Stearns was done in part to keep silver prices artificially suppressed. It's not out of the realm of possibility that our country's gold reserves are being secretly sold off in order to suppress gold prices and artificially prop up the U.S. dollar," NIA release said.

I'm not a conspiracy theorist.

Perhaps someone with a background in the Fed's accounting practices can provide a rational explanation for this data. Because I find it very hard to believe that the U.S. sold off its gold reserves in 2009.


Update: The invaluable Tyler Durden writes that this "...has to do with an increase in SDR allocations to the IMF. We wrote about it in October of 2009 ('Why Did U.S. SDR Holdings Increase Five Fold In The Last Week Of August?')." An SDR is a "Special Drawing Right", a monetary unit used by the International Monetary Fund. It is standardized against all currencies using it, rather than the dollar, and reflects a portion of the pooled contributions of member countries.

As i understand it, JPMchase has about 46 Trillion in derivative bets on the price of gold and silver on the books. It would not surprise me that the feds would sell off gold in order to keep these derivatives from being acted on. Some Country Huh? Protect the rich and screw everybody else.

You math is incorrect. There are 12 Troy ounces in a Troy Pound. Precious metals are measured using the Troy system.