Michael Steele and leftist race-baiters agree: let's keep fomenting division as deficits soar and the country teeters on the brink

The bloggers on the left finally found a way to encourage Michael Steele: they really loved his remarks concerning racial divisiveness.

Michael Steele Says Something Sensible (For Once)

Why should an African-American vote Republican? ...“You really don’t have a reason to, to be honest — we haven’t done a very good job of really giving you one. True? True,” Republican National Chairman Michael Steele told 200 DePaul University students Tuesday night.

But to keep a job in the GOP — well, it apparently requires checking your good sense and your compassion at the door. Here’s hoping we see more of this Steele with a spine rather than the typical soft-minded reactionary Party of No talking points he’s usually spewing 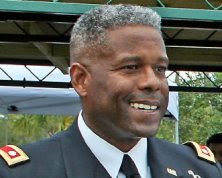 So the party of Martin Luther King, Jr., the party that created the Civil Rights movement, the party that was formed to eradicate the scourge of slavery -- the Rebublican Party -- has to pander to each race, religion and creed? Bulls***!

These men and women are heroes to the conservative movement because they believe in our founding document and our highest law. 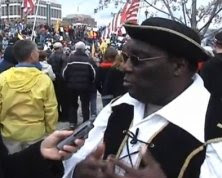 These men and women don't represent a "Party of No", they lead the "Party of 'No, You Will Not Violate Our Beloved Constitution!'"

The ultimate big tent is the Consitution. It provides the fabric that supports freedom, opportunity and helped create the most magnificent society ever seen on Earth. The Constitution undergirds the free market; the very same free market that this rogue Democrat Congress and this President are destroying. They are trying to replace our amazing system of government with a failed version of Statism that can't succeed and has, in fact, never succeeded. They are violating every tenet of our founding and contravening the Constitution.

Did America's founders break away from an authoritarian, centralized government for this? Hell, no! 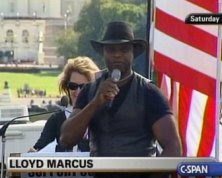 The free market is the most color-blind system of all. The truck driver does not know the racial backgrounds of the manufacturer of the goods he conveys. The airline pilot does not know the color of the people who produced the jet fuel his aircraft consumes. The baker doesn't know the religion of those who end up eating his cakes.

Nor do they care!

Today in America, Blacks prosper at every level of American life from the Presidency on down. In every facet of society, Blacks and other minorities have thrived: in politics, on Wall Street, in Hollywood, in athletics, in academia; anywhere that they have endeavored to succeed, they've done so. 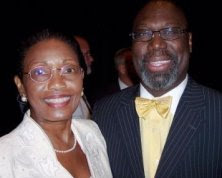 Because the only color the free market cares about is green.

If a Black person, an Asian, a Mexican, a Native American, a Catholic, a Jew, a Baptist, a Buddhist, or anyone encounters prejudice in our society, I will stand shoulder to shoulder with that person to fight it. As would almost every American. Because that behavior is antithetical to our founding.

This leftist race-baiting is destructive. How's that Great Society working out, yo?

How's this for racism: did you know that if you control for single-parent families, there's no difference between the races when it comes to the prison population? 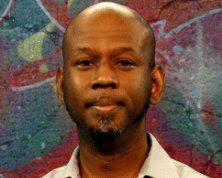 The cycle continues on and on, supported and promoted by the race-baiters in the Democrat Party. And, through it all, our economy grows weaker, deficits grow higher, and the private sector gets smaller.

Our tent is the biggest of all tents. Because we're in the freedom camp, while the radical leftists push ever closer to tyranny and enslavement.

This is the best I've read in a while!