Dust off those instructional videos from the fifties: Iran closing in on ICBMs while sending Qods shock troops to Venezeuela

"With sufficient foreign assistance, Iran could probably develop and test an intercontinental ballistic missile (ICBM) capable of reaching the United States by 2015," says a new 12 page unclassified report prepared by the Department of Defense on the Iran Military Threat. 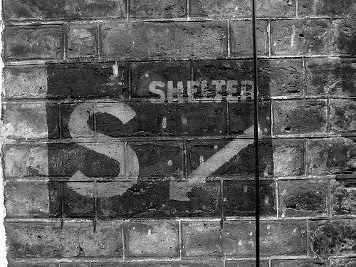 The report says Iran's military strategy is designed to defend against external or "hard" threats from the United States and Israel. "Iran's nuclear program and its willingness to keep open the possibility to develop nuclear weapons is a central part of its deterrent strategy," according to the report.

...The report outlines Iran's nuclear weapons capabilities and developments saying it is "keeping open the option to develop nuclear weapons," which is consistent with what we've heard from a wide range of U.S. officials. It says the Iranians have gone to great lengths to protect its nuclear infrastructure from physical destruction including using buried and hardened facilities... The final aspects of the report review the regime's efforts to improve ballistic and cruise missile capabilities.

If your house was built before 1970, you may want to see if there's a forgotten bomb-shelter in your backyard. Because in our backyard, Iran is sending Qods Shock Troops to help solidify its hellish alliance with Hugo Chavez. Gee, isn't it great how respected America is now that Bush is gone?

Iran is increasing its paramilitary Qods force operatives in Venezuela while covertly continuing supplies of weapons and explosives to Taliban and other insurgents in Afghanistan and Iraq, according to the Pentagon's first report to Congress on Tehran's military. 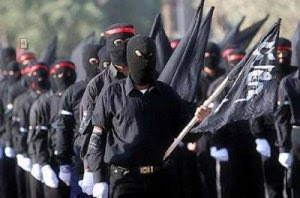 The report on Iranian military power provides new details on the group known formally as the Islamic Revolutionary Guards Corps-Qods Force (IRGC-QF), the Islamist shock troops deployed around the world to advance Iranian interests. The unit is aligned with terrorists in Iraq, Afghanistan, Israel, North Africa and Latin America, and the report warns that U.S. forces are likely to battle the Iranian paramilitaries in the future.

[It] highlights links between Iran and the anti-U.S. government of Venezuelan President Hugo Chavez, who has been accused of backing Marxist terrorists in Colombia.

The report also states that Iran could conduct a test of a long-range missile by 2015 and now has missiles that can strike all of Israel.

"Iran continues to develop a ballistic missile that can (reach) regional adversaries, Israel and central Europe, including Iranian claims of an extended range variant of the [620-mile-range] Shahab-3 and a [1,242-mile] medium-range ballistic missile, the Ashura," the report says.

The report notes that Iran has the largest missile force in the Middle East, with about 1,000 missiles with ranges of between 90 miles and 1,200 miles. The missile program was developed and expanded with extensive help from North Korea and China, the report says.

The missiles have grown in sophistication with increased accuracy, warhead lethality and advanced technology that includes solid propellent for quick launches and anti-missile-defense capabilities for warheads.

The report says Iran is developing its military forces with some asymmetric weapons, including armed unmanned aircraft and coastal anti-ship missiles that can hit targets throughout the Strait of Hormuz, where up to 40 percent of the world's crude oil passes.

Every President before this one enforced something called The Monroe Doctrine, which plainly stated that any foreign interference in our hemisphere would lead to dire consequences.

The Cuban Missile Crisis was just such a situation, instigated by the Russians and repelled by a Democratic President named John F. Kennedy.

Instead we have a President who canceled missile defense programs, slashed our nuclear arsenal, promised not to respond with nukes if our country was attacked with chem- or bio-weapons and de-funded NASA.

Yet we continue to saddle our children with debt, finding trillions for "stimulus" programs, earmarks, "tax cuts" that are really welfare programs, endless unemployment checks and a new, unfunded entitlement program that nationalizes one-sixth of the economy.

It is stunning to consider just how bad, but knowing the modern Democrat Party, it is somewhat expected.

Democrats, Carter is a prime example, always make matters far worse for all.

The idea Hillary Clinton would make a good Sec. of State, was as laughable as her dodging sniper fire in Kosovo. Her many lies about her vote on the authorization on the War in Iraq, her impugning the integrity of Gen. Petreaus, calling for further appeasement of the North Korean Dictatorship after it had been revealed they were cheating on the original Clinton Administration deal, etc., are all horrid reminders of the folly.

Democrats even foolishly opposed, blocked, mocked, US Missile Defense efforts. Team Obama foolishly gave Russia everything for example, abandoning a worthy treaty with Poland and the Czech Republic. Now they backtrack with more 'smarter' Missile Defense systems. Such a joke.

The DNC Titanic is sinking us all.

We need to stop their folly.