Olbermann: Sarah Palin is the 'Imaginary President of Right-Wing America' 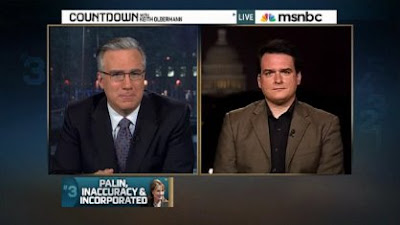 Weigel faced a nasty reception when his research determined that the conspiracy theories around Palin were baseless. He wrote, "Last night I appeared on MSNBC's Countdown with Keith Olbermann to talk about a story that had been driven into the mainstream by the blog PalinGates. The story: Palin made three statements that PalinGates believed may have been false, and therefore grounds for perjury.... Today, PalinGates published a lengthy attack on me, including a screenshot of a friendly email I sent them before I went on the show, after my own reporting had convinced me that their first post was mostly baseless." 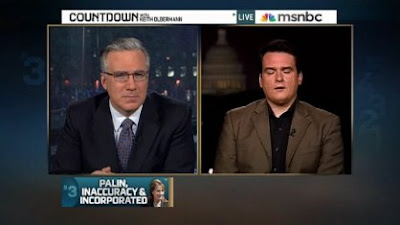 Welcome to the club, Dave. As an aside, this overall theme reminds me of the Karl Rove frogmarching fantasies entertained by a plethora of creepy losers. 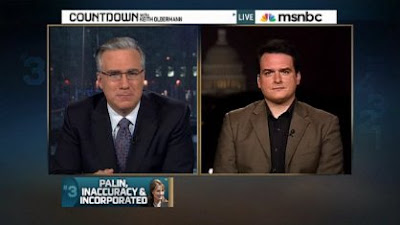 Jacobson has a personal message for Weigel: "...thanks for being fair-minded in the face of Olbermann, whose dumbfounded reaction at 2:55 of the video [pictured above] -- upon hearing the bad news -- was priceless." 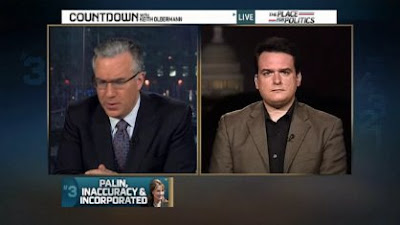 Olbermann's stuttering reaction to discovering that Palin would never be frogmarched out of the courthouse ended with a Tourette's-style outburst, almost as if a pejorative directed the governor's way would act as a soothing balm. He snapped out a nasty crack that Palin served as the 'Imaginary President of Right-Wing America', which Weigel ignored. 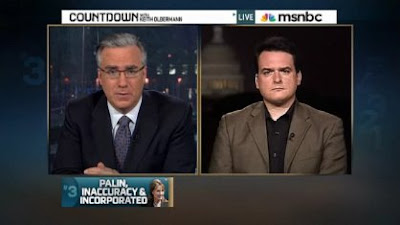 Dave, here's a gentle prediction: you'll never be invited on Countdown To No Ratings again.

You see, Strap-On Keith and reality have never been spotted in the same room at the same time.

I guess this guy didn't get the memo that when appearing on Meltdown w/ Keith Olbermann, you're supposed to agree with everything he says.

He should change the name of his show from Countdown to Tool Time.

Oh, which is it now? I thought Rush Limbaugh was our imaginary President!

Maybe "We The People" has been the real imaginary President all along.