Put some ice on that, Harry. It's gonna leave a mark.

After that (rhetorical) beat-down, I think "Stretch" Pelosi is gonna need another face-lift. 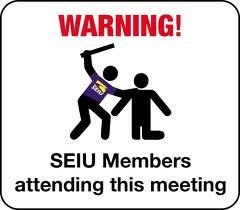 • The new $26 billion Democrat "jobs bill" has nothing to do with jobs, it is designed to fund the teachers' unions

• Between 1.0% and 1.5% percent of teachers' salaries goes directly to union dues. That means at least $160 million of money borrowed from the taxpayers' is going directly to teachers' unions

• And, to complete the circle, the teachers' unions are directly funding Democrat campaigns so they can keep the cash faucet turned on

The money culled from this "jobs bill" is stolen from you, the taxpayer, and given to Democrat politicians. They would like to retain power so that they can steal more money from you in the future.

Furthermore, teachers' unions are refusing wage freezes even on planned increases in the future. In New Jersey, Gov. Chris Christie (R) asked that teachers contribute 1.5% of their salaries to help pay for their benefits and agree to a one-year wage freeze. The union bosses refused.

Why are taxpayers rewarding this behavior?

One other point to consider: teachers are compensated based upon the negotiations between school boards and teachers' unions at the local level. Some areas have done a good job in these negotiations and are much healthier than other communities.

Why are taxpayers in responsible cities and towns subsidizing the failed policies of irresponsible locales?

In short, the Democrats' "jobs bill" is designed to funnel $100 million into their own campaign funds through the teachers' unions.