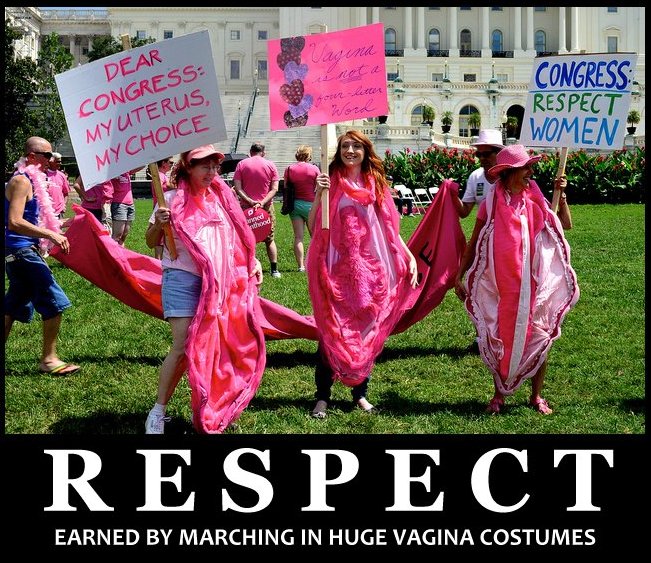 Moonbattery accurately describes the scene as follows: "The phony “War on Women” meme has been pushed to the last extreme of tasteless absurdity by the unhinged commies of Code Pink."

Yeah, buddy. THAT will surely elevate the debate to a new level of intelligence and respect.

They almost look like a bunch of used condoms (not that THAT would be symbolic of anything, nosiree).

What would be funny if some other group of people came up to stand with them dressed as condoms (Thanks for the idea), or as big containers of birth control pills, or a big penis actually. That would be hilarious! Imagine they get into a fight...orgy of sorts on the WH lawn..