That thunder you hear in the distance...

...is the righteous fury of the American people building.

The first data-point was a historically accurate University of Colorado statistical study that predicts a dominating win for the Romney-Ryan ticket: 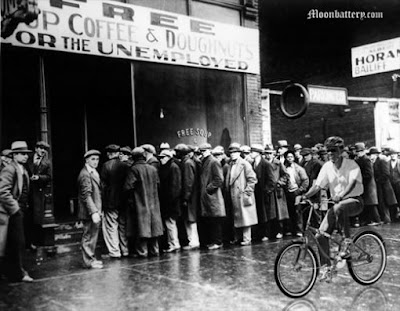 A University of Colorado analysis of election factors that’s accurately predicted the winner of every presidential election since 1980 revealed Wednesday that the 2012 winner will be Republican Mitt Romney.

“Based on our forecasting model, it becomes clear that the president is in electoral trouble,” said Kenneth Bickers, a political science professor at CU-Boulder.

According to an analysis that looks at economic data from all 50 states and the District of Columbia, President Barack Obama will win 218 electoral votes, well short of the 270 benchmark he must reach in order to win a second term...

...According to Bickers, election prediction models “suggest that presidential elections are about big things and the stewardship of the national economy. It’s not about gaffes, political commercials or day-to-day campaign tactics.”

Collectivists are fond of indulging in their perception of themselves as intellectually superior to their individualist opponents. No doubt they think they are much better read. Yet when the libs at Amazon put together an “election heat map” indicating which states are reading red (conservative) versus blue (moonbatty) books, the result was a countermoonbat landslide: 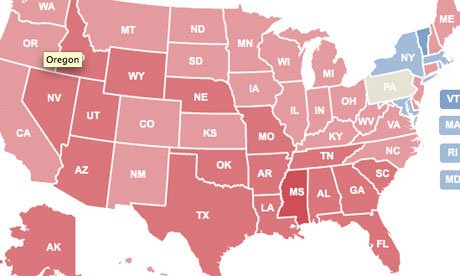 Only six states are selling more liberal books bought than conservative titles: Vermont, Massachusetts, Rhode Island, Maryland, New York and DC. DC is the bluest of the blue states, with 78% of political purchases coming in blue, topped by Barack Obama’s own two titles...

You think maybe our rulers within the Beltway are a little out of touch with the rest of the country? It’s either that or they just saw 2016 and they are desperately trying to figure out who we have in the White House.

One obvious possibility for the skew: a large percentage of liberals have no interest in reading -- or simply don't know how. It's certainly true that they ignore history, facts, logic and reason across the board.