Say, remember when Barack Obama listed his birthplace as Kenya to make himself appear more exotic and marketable to publishers?

As Jim Treacher reminds us, Obama himself was the O.B. [Original Birther]: 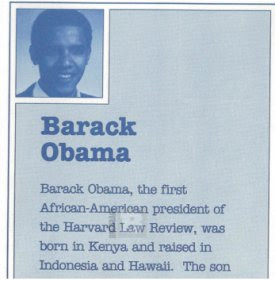 At some point over the next few days, until the next Election 2012 outrage crops up, a lefty may start shrieking “BIRTHER!!!” at you because Romney made an attempt at humor. If that happens, all you have to do is show the shrieking lefty this [at right]

This was the author bio Obama provided to his literary agent in 1991, and it was uncovered months ago by our friends at Breitbart.com. Obama used this bio for over 15 years, and it was revised a number of times. But he only changed it to indicate his true place of birth, Hawaii, once he decided to run for president.

He has yet to explain why he lied in the first place, but he doesn’t have to. He lied because he’s Barack Obama, and that’s what Barack Obama does.

So just show that to your high-strung lib friend, and watch the cognitive dissonance reduce what’s left of his or her brain to an even less cohesive puddle of mush. Better’n anything on the TV, at least.

You can read the entire curious history of revisions to the Obama biography here: 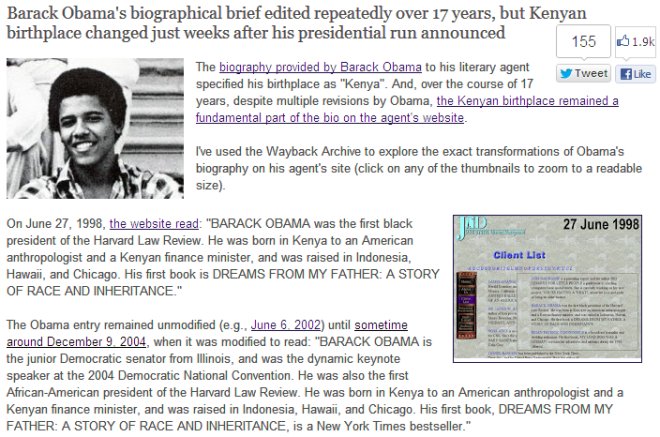 And, if prompted, remind your liberal friends who the O.B. really is.


at 11:28 AM
Email ThisBlogThis!Share to TwitterShare to FacebookShare to Pinterest
Labels: Books, MSM, Obama, Romney

"remind your liberal friends who the O.B. really is"


We know who he is, now we're just haggling over a price.

A bit of research indicates, as I suspected, that that's not a star, it's the planet Venus. According to the photographer's website, that image was taken April 24, 2012.

Plugging that date, a position at a middle US latitude at twilight, planetarium or mapping programs show the moon and venus in exactly those positions.