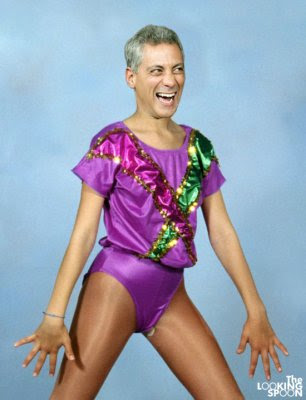 Nineteen people were shot across the South and West sides from Thursday evening through early Friday morning -- 13 of them wounded over a 30-minute period, authorities say.

Then two men were wounded in the Ida B. Wells / Darrow Homes complex at about 9:25 p.m., police said. The men, 27 and 33, were shot in the 600 block of East 37th Street and taken to the University of Chicago Hospitals, police said. The younger man was shot in the head and the other in the right arm, Gaines said.

Around the same time, two other men were wounded in the arms in a drive-by shooting in the 2900 block of West 39th Place in the Brighton Park neighborhood.

About 15 minutes later, a 24-year-old man was shot in the leg and taken to Jackson Park Hospital from the 7200 block of South Jeffery Boulevard, Gaines said. He was treated and released. The man told police he was talking on his phone when he heard a single shot and realized he was wounded.

Earlier Thursday evening, four men were wounded in a shooting in the Little Village neighborhood about 5:20 p.m. Thursday, police said.

They were walking in the 3200 block of South Kedzie Avenue when at least one person inside a vehicle with three others opened fire, police said, hitting the group. Three 19-year-olds and a 22-year-old were wounded.

Just after midnight, a 17-year-old was shot in the back and taken to Stroger Hospital in serious condition, police said. He was walking in the 7100 block of South Vincennes Avenue in the Englewood neighborhood when someone inside a passing car opened fire, police said.

Another 17-year-old was shot after 1:30 a.m. Friday in the 3500 block of West Grenshaw Street in the Homan Square neighborhood. He's in good condition at Mount Sinai Hospital. Someone walked to him and started shooting, police said.

Shhh... here's a hint for you drones: police can't be everywhere.