If this is the president's idea of success, what does failure look like?

I refer, of course, to this:

• In the last four years the number of food stamp participants increased by 64.7% 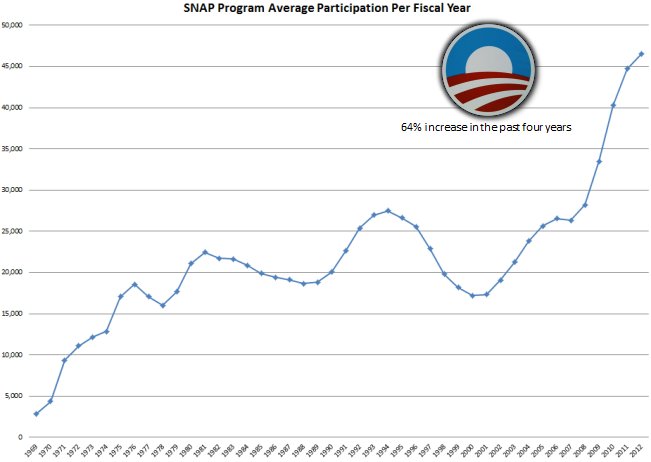 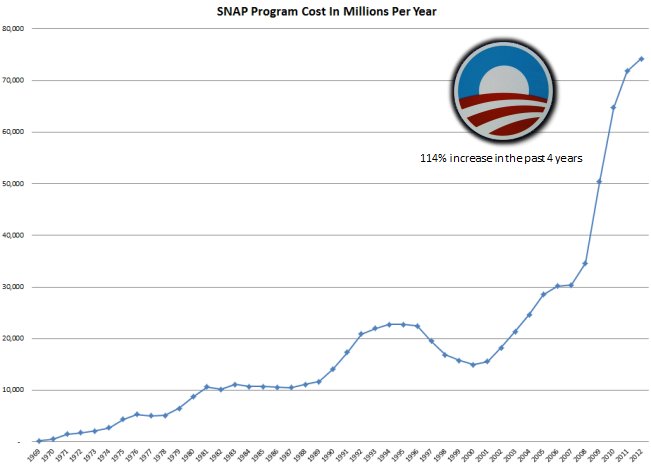 Not to mention this: 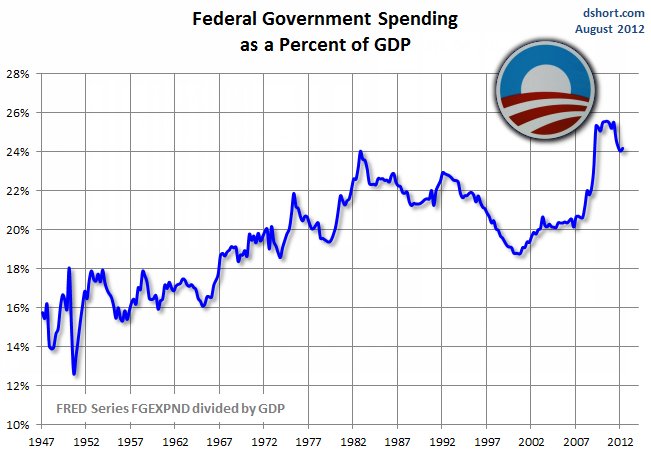 Paul Krugman said he would be concerned if government spending hit 50% of GDP. The trend does not look good, but by Krugman's measure there is a ways to go.

The figures also ignore ever-escalating costs of Medicare, Social Security, and pension promises, all of which are guaranteed to soar in the not so distant future. Romney says Unfunded liabilities amount to $520,000 per household. 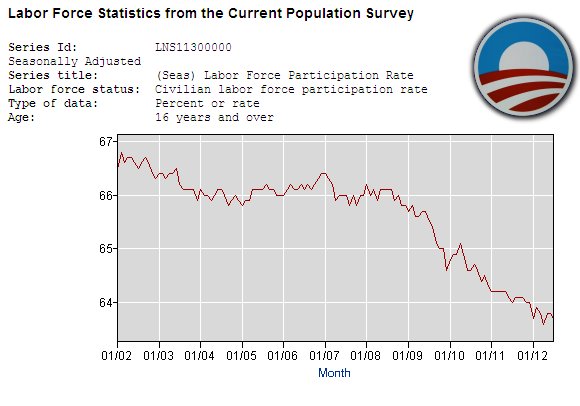 That last graph is the single most damning indictment of the Obama philosophy of class warfare, Keynesian spending, and wealth redistribution.

Remember, the president described his catastrophic record as follows:


"We tried our plan — and it worked"
If his plan "worked", I'd hate to see failure. And if we don't defeat this man in November, it's absolutely certain we'll get to experience it -- firsthand.

Actually, the spending/GDP is WORSE than that graph shows... it doesn't include state and local government spending: throw those in and governments hog 40% of the GDP.

The scary part about the SNAP Participation chart is: "Three in ten people eligible for SNAP go unserved." (http://frac.org/reports-and-resources/snapfood-stamp-monthly-participation-data/)

BTW: Why doesn't the gov't show the chart as a percentage of the US Population, rather than an absolute number? Just asking.

His plan is the Cloward-Piven strategy and so far it has not come to completion. But he's working on it.

I'd expect the numbers to be close to the same. What am I not seeing?

GOP Should have picked a different standard bearer if they wanted my vote.

As it stands, Williard my views are progressive Mitt I like Mandates Romney has as close to 0 chance as can be calculated of earning my vote.

Yes, you can moan about how I am HELPING Obama by punishing the Republican Party, but it does not change the fact that electing Romney as president will forever change the party for the worse.

@astonerii -
it's called tactics.
why did we band with the soviet empire during world war ii? because we had a more important enemy to defeat. we crushed the nazis and tojo and then turned our attention to the soviets.

it's the same damn thing here.

we have to save the country from economic collapse. i believe we can. throwing obama out of office is step 1.

then we turn our sights on the rinos.

and don't leave us on the battlefield!

and don't leave us on the battlefield!