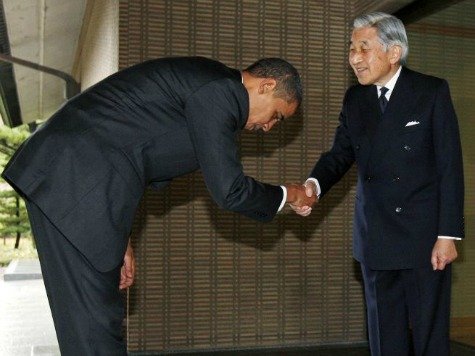 It's not very unique.

Reagan did it, Both Bush's Did it. Eisenhower did it.

"... the infamous photo of Obama bowing to the Saudi king"

Doesn't look very Saudi to me, but then he IS furrin, so close enough.