"No society can exist unless the laws are respected to a certain degree. The safest way to make laws respected is to make them respectable. When law and morality contradict each other, the citizen has the cruel alternative of either losing his moral sense or losing his respect for the law. These two evils are of equal consequence, and it would be difficult for a person to choose between them." --Frédéric Bastiat, The Law, 1850

Over the past five decades, no laws in the United States have been more abused by the political class than immigration laws. And no administration has been more breathtakingly lawless than the Obama White House, which has directed the federal bureaucracies to ignore immigration laws altogether. 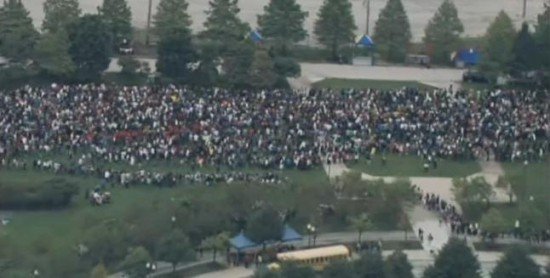 Through an Executive Order, President Obama recently implemented the so-called DREAM Act by fiat, when it could not pass muster in Congress, even with a Democrat supermajority.

The result: millions of illegals began entering the workforce today without fear of punishment and millions more are certain to enter the country in violation of federal law to take advantage of Obama's lawless actions.

Obama’s lawless bypass of Congress in granting blanket amnesty to millions of illegal aliens began this morning across America.

Tens of thousands of illegals lined up early, and flooded into DHS centers to apply for nearly automatic 2-year stays from deportation and work permits, with far looser provisions and requirements than were ever imagined in any version of the 3-times defeated ‘Dream Act’ in Congress.

Thanks to Obama’s decree on June 15th, blanket amnesty for illegal aliens under 30 begins today as the Department of Homeland Security (DHS) begins accepting applications for “deferred action” and work authorization. 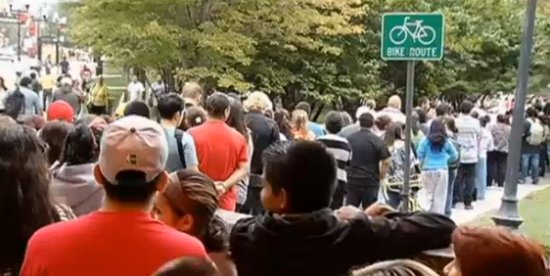 To soften the public relations blow, the White House estimated that about “only 800,000″ illegal aliens would be covered under this amnesty, when Obama issued his edict – a complete fiction that he knew the media would not challenge. However, the figure was disputed by the Pew Hispanic Center, which estimated about 1.4 million beneficiaries. Then last week, the pro-amnesty Migration Policy Institute estimated that 1.76 million illegal aliens will be eligible.

In reality, the numbers will be higher – FAR higher. Why? Because, as House Judiciary chairman Rep. Lamar Smith (R-Texas) and Sen. Chuck Grassley (R-Iowa) told DHS Secretary Napolitano in an August 13th letter, there are no mechanisms in place to detect, deter, or to punish fraud.

Well, that should do wonders for unemployment.

No country is guaranteed to survive from generation to generation. And with political hacks like these in office that actively promote lawbreaking -- against the will of the people, Congress and the law itself -- the very fabric of the civil society is beginning to tear.

I will say it again: if we don't vote this pathetic excuse for a political party -- the entire Democrat machine -- out of office in November, this country could well be lost forever.

With the work permits, they can join the military for the nine week
expedited citizenship. No questions asked.

One can only hope this totally backfires on Obama and the unemployment rate, in the next couple of months, gets even higher than it is now.
Add to that the resentment that the majority of Americans feel about another thing being forcibly shoved down out throats, this could be the final nail in the Obama coffin.

Obama will be out of office in January 12 or 16. Unfortunately much of the damage hes done to the country is permanent and that really bothers me

barand what of the damage he'll do between Nov and Jan?

PRAY people PRAY, turn back to God and he may help

Where was INS and the Border Patrol when all those wetbacks were lined up out there?!?!