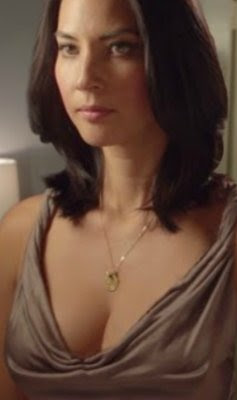 Romney Says Obama’s “Angry And Desperate”: Cove
A Romney first: over 40% of youth vote back him: Exam
Ryan Speaks in Colorado: Tatler

Why Liberals Behave The Way They Do: Coulter
Is Biden Smart Enough to Be Vice President?: Ace
Michelle Obama: If You Elect Mitt Women Will Die From Cancer: GWP

What is the EPA hiding?: NetRightDaily

The Best Defense is a Good Offense: Betsy
Fareed Zakaria Should Have Taken His Own Advice: Driscoll
A liberal pleads with the Democrats not to demagogue : Betsy

Look Ma, no Teleprompter!: MOTUS
The Shortest Horror Story: C&S
Watch a Plane Crash From Inside the Cockpit: Ace

QOTD: "Picture it: It’s December, and folks like you and I are celebrating the recent presidential campaign victory of Mitt Romney. It wasn’t a landslide; something on par with the Electoral College map of Bush vs. Kerry, and Romney winning the popular vote by two or three percentage points.

In that scenario, do you envision President Obama accepting defeat gracefully? Do you picture him congratulating President Romney on his victory, and pledging to do everything possible to ensure a smooth transition? Do you think the president will be ready to move on to post-White House life, focusing upon memoir-writing, building his presidential library, some charitable and foundation work, and plenty of golf?

Or do you think President Obama, and David Axelrod, and Valerie Jarrett and all of the true believers will find some reason to believe the result is illegitimate? Some combination of SuperPAC spending and voter ID laws that they believe nullifies the results? I don’t mean a constitutional crisis where Obama refuses to recognize the results, I mean just a narrative of “Romney cheated” that will reassure liberals that their views really are popular, and a return to the natural order of their eternal string of victories is one election-law change away. (In liberals’ view of the world, they never suffer a legitimate defeat.)" --Jim Geraghty

Doug, I'm glad you linked the Progressive story. I'm a trial lawyer, conservative, and fan of your blog. This story about Progressive's tactics is representative of what I deal with day in and day out. Progressive is one of the worst carriers to deal with. Simply put, they'll employ any tactic to discourage you, delay, and never offer a fair settlement, ever. If there is a possibility a jury can be misled and decide a case improperly, Progressive is more than happy to try the case. Their offers are always less than what a reasonable jury would award. But it takes money to take cases to trial, and my client's have to reimburse me for those costs out of an award, so we analyze whether to settle closely. The lawyers Progressive typically hires in my area are masters at billing and manipulation. Progressive will seemingly pay anything to defend against paying fair value.
I would like to see conservatives recognize our civil justice jury system is a beautiful thing and unlike any other in the world. Unfortunately, many conservatives have automatic negative feelings about trial lawyers and automatic positive feelings about insurance carriers. I pray you never know anyone who has to pursue a legitimate claim arising out a tragic matter because you will see how they are torn apart, emotionally, by insurance industry lawyers.
I left the insurance industry because I was disgusted with it. I'm very happy now.

A driver using Progressive opened their car door as I was pulling my truck into a parking space. It dented my truck 5 feet back from the front, causing $1600 in damage. They refused to pay, saying it was my fault.