David Axelrod just ran to the bathroom to change his Depends: "Ryan’s Popularity Among Seniors Up 18% Since Saturday." 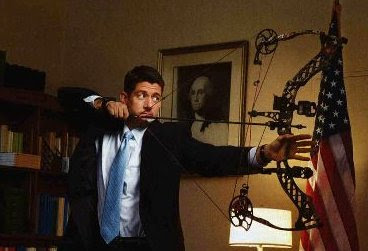 Despite the shameless demagoguery already on display it appears Paul Ryan is quite popular among seniors: As noted, seniors are of interest given Ryan’s proposal to revamp Medicare with a system in which the government would give older Americans a fixed sum with which to buy insurance. They moved in Ryan’s favor, from a 28-28 percent favorable-unfavorable view prospectively to 46-28 percent this weekend. Again a sizable number, 26 percent, are undecided; debate over Ryan’s position on Medicare may inform their views.

Oh, and then there's this report from Roll Call ("Retirees Shower Paul Ryan With Contributions"): 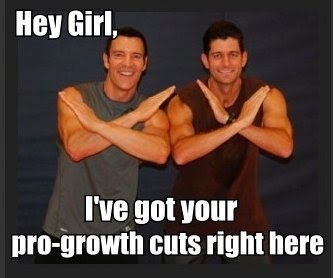 One of the most prolific fundraisers in Congress, Ryan has drawn nearly $400,000 from retirees this election cycle, dramatically outperforming most House lawmakers, according to data collected by the Center for Responsive Politics.

The seven-term Wisconsin Congressman and House Budget chairman has come under fire for the controversial budget proposal he released last year that called for dramatically reshaping Medicare and repealing President Barack Obama's health care law. The plan would transition Medicare into a voucher-like system by 2022 and strike the 2010 health care law

It's doubtful that Axelrod would even know what that means.

Maybe Ryan should start wearing black clothing and carry a guitar on his back all the time. Johnny and June wouldn't mind.

For acuracies sake that would be "shot a man in Reno, just to watch him die"

Thanks Sarah, I was going to make that same correction