Transcript: Mark Levin obliterates Obama's rape of Medicare to "spread the wealth" to those who never paid into the system

Mark Levin visited the Neal Cavuto today and completely shredded the laughable notion that the Ryan Budget harms anyone on Medicare.

Cavuto: What do you think of this pretty much unanimous form of Democratic rebuke?

Levin: Is that your form of waterboarding, by the way? That I have to listen to those people?

Cavuto: It's amazing. You'd think the guy was Lucifer! 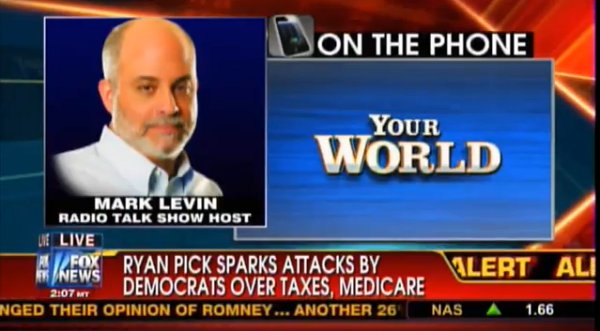 Levin: First of all, this election is about saving the country. And I'm going to tell you something: Medicare's Trustee, appointed by Obama, said -- six months ago -- that Medicare is broke in 12 years. So, in 11-and-a-half years, there's nothing left.

What does Obama do about it? Nothing.

So Obama's policy is: let Medicare go back in just 11-and-a-half years. And it's actually worse, Neal. That does not include -- because I went back and read the report -- the $700 billion he stole from Medicare to spread the wealth under Obamacare. 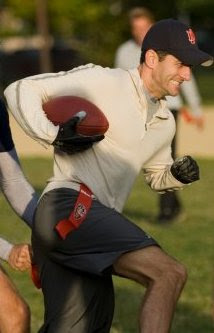 Seniors who paid into Medicare need to understand: Obama went into the Medicare Trust Fund, took out $700 billion in the biggest raid in American history, to spread the wealth and fund Obamacare. This is spreading the wealth to people who haven't paid into anything.

Number two: what does Ryan propose? He says, 'Look, I'm reading Obama's Trustee's report! We've got to save Medicare! Here's my proposal: everybody 55 and older, you're unaffected, so you don't need to listen to this debate any longer...

Now, what are we going to do about people in the 20s, 30s, 40s and early 50s? Ask Obama: he has no answer. That is, if you can get a question in. He hasn't answered a question in seven weeks.

What does Ryan say? ...It saves hundreds of billions over several generations [using vouchers like the popular Medicare Advantage. As for Democrats who criticize this approach] ... I say, taking $700 billion out of Medicare to pay for this Rube Goldberg contraption called Obamacare is a complete disaster that will compromise seniors' health care...

...The American people are living this nightmare. So, Obama can put hundreds of millions of dollars of ads, his union buddies can do the same thing. But they know what's going on with unemployment.

The fact of the matter is they can do all their little one-liners and all the rest. I think the American people are smart enough, at least I hope enough of them are, to say no to this.