A photo of President Obama was suddenly pulled from the website of the group Building One America, whose goals were documented extensively in Stanley Kurtz’s book Spreading the Wealth: How Obama is Robbing the Suburbs to Pay for the Cities. The book, which was released ten days ago, reveals what Kurtz refers to as Obama’s plan to undercut the political and economic independence of America's suburbs. Kurtz connects current Obama administration policy with his personal history, and with groups like Building One America in particular. 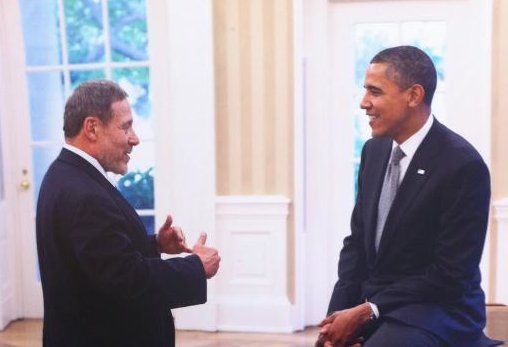 He has been developing grass-roots citizens’ power organizations since 1973 with the Industrial Areas Foundation, the Gamaliel Foundation and Building One America.

From 1984 to 1998, he was co-director of the Calumet Community Religious Conference, the community organization that recruited and hired Barack Obama as a community organizer. Mr. Kruglik’s role as Barack Obama’s mentor has been chronicled in a number of works of history and periodicals.

Who is Kruglik and what is his agenda? Reviewer James R. Holland provides the backdrop:

Kurtz details how Obama has long believed that the residents who fled the cities are racists and need to be dragged back into the cities to help solve the problems festering there. If Obama's plans for this forced redistribution became common knowledge, then it would be cause his re-election campaign to crash and burn... 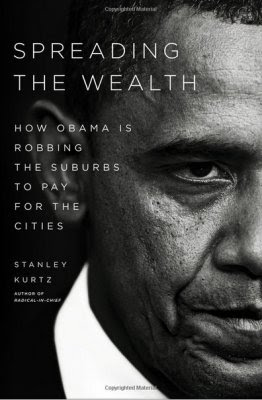 ...For those naïve suburban voters who have only been paying attention to mainstream media, if following the news at all, they don't realize that the so-called trillion-dollar stimulus plan was really just a poverty program that was intentionally mis-named to fool the voters. That's why it had almost no effect and certainly produced no improvements.

For more than two decades, Obama and his fellow radical community activists, agitators have been working toward punishing all those people who voted with their feet and fled the cities and left them filled with only poor and minority residents. "Suburbs are for sellouts...For Obama, the suburbs are a defect in the very structure of American life. That is why the president backs his old friends' movement to abolish them."

"'We are battling apartheid in America.' So said Obama's onetime organizing mentor Mike Kruglik in 2005, explaining the philosophy behind his crusade for regional equity. At the the time, Kruglik was directing the regionalist efforts of the Gamaliel Foundation, a national network of community organizations that Obama himself had helped launch in the mid-1980s. Today Kruglik leads the Gamailied offshoot Building One American, which fights for regionalism in partnerships with the Obama White House, although few Americans have any idea that this is the case."

To the radicals, those suburban racists deserve to have their wealth taken away from them and given to the less fortunate but Obama can't publicly proclaim the details of the regulations to abolish the suburbs because, "Much of Obama's base, to say nothing of independents, would be alienated by the regionalist agenda; this explains the president's reticence. Openness about his antisuburban goals would expose Obama as standing to the left of many of his supporters. Middle-class African Americans and modestly successful suburbanites now disposed to vote for the president might think twice if they knew what Obama had in store for them."

"Kruglik and Obama plan to overcome this liability by splitting the suburbs against themselves, creating an alliance between cities and the relatively less well-off inner-ring suburbs."

They hope to achieve this basic change in America by expanding cities into regions that will all come under the control of the nearest cities. Obama and his allies consider everything about the suburbs to be bad. That's where the money has fled. That's where the SUV's and autos pollute the environment. That's where valuable farmland and forests are absorbed to build more urban sprawl. The suburbanites need to be dragged back into the cities and their love affair with the car crushed.

Mass transit is intended to stop the building of highways in order to help eliminate the use of automobiles. The health care laws are really designed to help bring about the redistribution of wealth from the suburbs to the poor.

This is an important goal of Obama and the leftists and if Obama serves another term, he will be able to punish the middle and upper class residents living outside the problems of American cities.

Lest you think all of this sounds outlandish, I encourage you to tick off the items on the checklist.

When the cars are gone (or only 20 mile range electrics) the government will control the transportation. Forget about mass protests

Do you know what I say to the government then, go F _ _ K yourselves, we will walk out and if we have to fight our way out till we rid ourselves of this evil and satanic bunch running our government and military.

Oh, and Genocide is a serious crime under international law.

To approach this issue of where people can live in this way--- is Anti-White. Policy-oriented removal of persons from their area (white suburbs) is Genocide.