Nothing's more inspirational than a Horatio Alger story, especially when it involves shady politicians mysteriously enriching themselves while serving on the public dole. Such is the case with one Harry "Land Deal" Reid, who is in the news once again. And, as you'd surely expect, his involvement stinks to high heaven.

You know, like those old land deals that magically transformed him into a multi-millionaire while he served "the people". 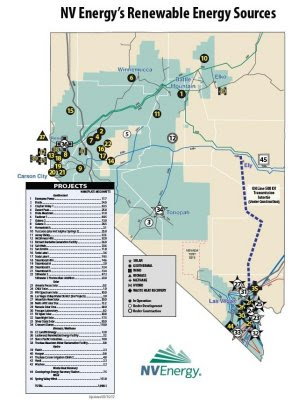 Reid, who last week hosted the fifth annual National Clean Energy Summit at the Bellagio Hotel and Casino in Las Vegas, has been “pulling strings behind the scenes” for months on behalf of ENN Mojave Energy, a Nevada subsidiary of the Chinese-owned ENN Group.

After more than two years of secret negotiations beginning in 2009, lawmakers in Clark County, Nevada, unanimously agreed to sell 9,000 acres of public land to ENN for the bargain price of just $4.5 million ($500 per acre) in December 2011.

The Las Vegas Review-Journal questioned the “steep discount” ENN received for the land, which had been previously appraised for between $30 million and $39 million. The arrangement also included a bundle of tax incentives for ENN.

...Reid, who reportedly helped secure a series of state and federal waivers as part of the deal, was actively involved in the negotiations with ENN. In April 2011, he led a delegation of senators to China, where the lawmakers met with senior Chinese officials and toured a number of green energy facilities, including the ENN headquarters in Langfang, China.

Upon his return, Reid called on the United States to pursue “new opportunities to collaborate on and advance clean-energy deployment here and abroad.”

...The project is threatened, however, because NV Energy—Nevada’s largest utility provider—has said it is not in the market for renewable energy at this time, citing the higher costs of solar power and the fact that it has already exceeded the state-mandated quota for renewable sources through 2014.

Reid's gone farther than badmouthing NV Energy for its failure to play nice with the Red Chinese. He's explicitly called for a complete plant shutdown.

Reid, who in his opening remarks at the summit called the power plant a "dirty relic," said the only solution is to "close the plant - not halfway. We want all the boilers shut off." ...Reid said NV Energy should focus on sustainable alternatives. 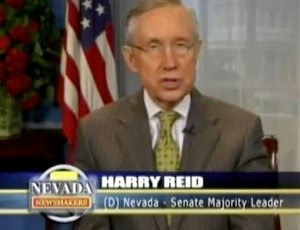 And Reid's altruistic efforts to help don't stop there.

He's also used his clout to get Chinese firms... wait for it... taxpayer-funded stimulus dollars.

In short, Harry Reid wants to destroy local American companies while funneling your money to his PRC Overlords.

But, hey, that's just my take!

Maybe that crack pro Nevadan journalist Jon Ralston -- or "The Ralston Flash", as he styles himself -- could investigate, if he's not too busy tweeting weather reports and covering for the local Democrat Party.

Great read!! About time some calls it like it is...reid is a sell out a sick, sad american who needs to be relocated to china.