THIS: "Obama is losing"

Those inside the twin echo chambers of the Beltway and Manhattan have no freaking clue how pissed off the American people are. But they're going to find out in November, as John Nolte explains.

It's 8:21 on a Saturday morning and according to this photo snapped by Sharon Broadie, this is the size of the crowd that showed up in Powell, Ohio, (just outside of Columbus) to see Mitt Romney and Paul Ryan: 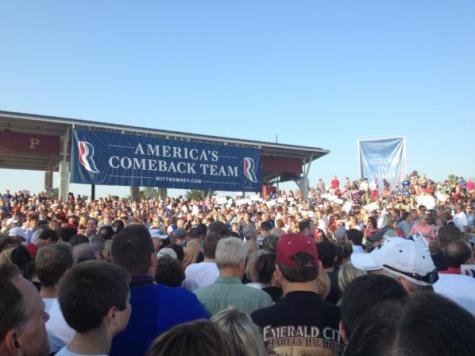 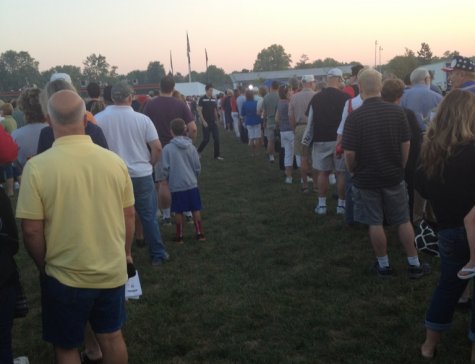 ...and another look at the crowd from another source... 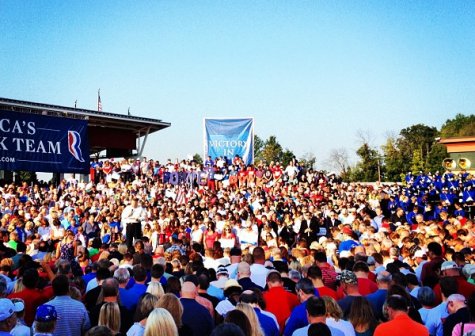 And a real jaw-dropper. 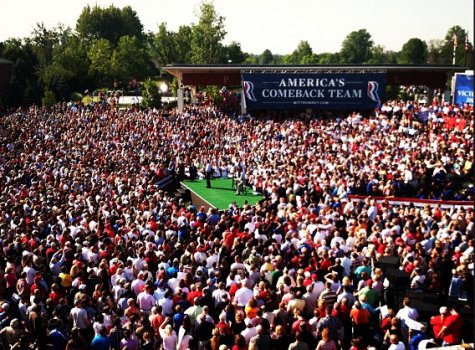 Meanwhile, President FailureTeleprompter is relegated to rationalizing his lack of turnout into a "deliberate" desire for smaller, more intimate crowds. Yeah, that sounds like the Mr. Greek Column we've all come to know and grow tired of.

Meanwhile, the media refuses to report on the size of either side's crowds. 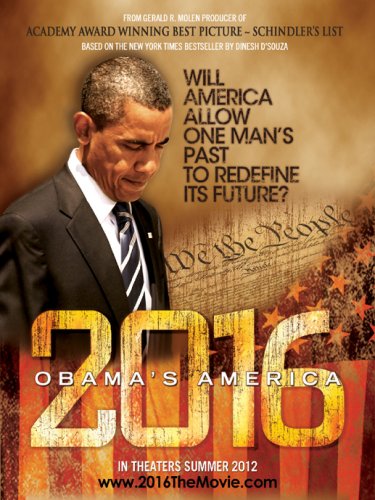 Meanwhile, across the country, the documentary film "2016" has just opened wide on over 1,000 screens and in the heart of Hollywood's biggest season hit #3 at the box office.

Meanwhile, though their Media Palace Guards assure us this is not the case, the Obama campaign's increasingly desperate and shrill campaign is acting more and more like a campaign so far behind and so in fear of losing, they feel they have nothing to lose. From "felon" to "chains" to "Mitt killed my wife" to one bald-faced lie after another, President Obama has forsaken the dignity of the office and -- should he win a second term -- all hope of bringing the country together after the kind of scorched-earth campaign only the terrified wage.

Meanwhile, the media is behaving in a manner no less shrill and desperate than their Presidential Master. When the unemployment rate increases, the media tells us that's a good thing. When the economy shrinks from 4.1 to 1.5%, the media still call it "the recovery." When an idiot in Missouri says something stupid about rape and abortion, the media launches into a week-long narrative accusing Republicans of being soft on rape.

Meanwhile, Obama supports infanticide. Romney opposes abortion except in cases of rape, incest and when the mother's life is at risk. Yesterday CNN released a poll showing 62% of the American people agree with Romney and only 32% with Obama... This morning the media was still painting Romney-Ryan as the out-of-touch extremists on this issue.

Meanwhile, yesterday, Mitt Romney made a birth certificate quip and within thirty-minutes those few words received more media attention (and phony outrage) than the record number of American casualties currently mounting in Afghanistan.

Meanwhile, as the clock runs down and campaign days grow more and more precious, three days ago, the Obama campaign felt it was a good use of the Vice President to send him to the supposedly safe state of Minnesota...

And even some in vintage media appear to be sick of the lies coming from an administration orchestrating a de facto suicide of the U.S. economy

Good post. I think Washington, NY, and California are going to have a "Pauline Kael" moment.

From your lips to God's ears.

Is it me or has the song "God Bless America" become an anti-Obama statement?

I just traveled to Minnesota from Virginia and back.Even the men's room graffiti has turned on Obama in Missouri,Iowa,Kentucky,West Virginia,and Minnesota.Yard signs and billboards in the midwest make fun of Urkel the unqualified.In West Virginia,along route 60,the towns that depend on coal workers to stay in business are going out of business.About half already gone in many of those small towns.Romney's people could make a great commercial along rt 60 in WVA,showing the effects of the urkelization of America.He could go there and promisr to help them get back to work.Urkel wouldn't show his face in that area.