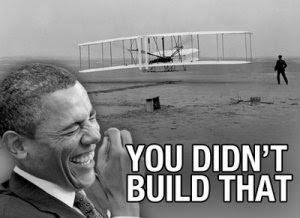 The stewardship case is pretty straightforward: the worst recovery in U.S. history, 42 consecutive months of 8-plus percent unemployment, declining economic growth - all achieved at a price of another $5 trillion of accumulated debt.

The ideological case is also simple. Just play in toto (and therefore in context) Obama's Roanoke riff telling small business owners: "You didn't build that." Real credit for your success belongs not to you - you think you did well because of your smarts and sweat? he asked mockingly - but to government that built the infrastructure without which you would have nothing.

Play it. Then ask: Is that the governing philosophy you want for this nation?

For you drones reading along (moving your lips, I'm sure), that's a rhetorical question.