Just wow: President Obama likens himself to... a blister 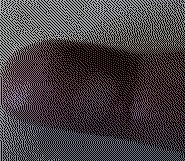 In an interview with Time magazine, Obama says he expects Republicans in Congress to work more cooperatively in a second term, since his re-election would no longer be a factor.

“My expectation is that there will be some popping of the blister after this election, because it will have been such a stark choice,” Obama said.

I agree. Pop that blister and get the poison out of the system.

The president says he also wants to do a better job of explaining to the public how his policies will help the economy grow.

That should seal the deal for the American public!

Further proof that Obama is the brightest man ever to inhabit the White House. Who else could have come up with such a brilliant metaphor? Not even Gore Vidal!