Steven Dennis of the magazine Roll Call -- which is not what you would call a hotbed of conservative thought -- was incredulous after White House spokes-hack Jay Carney offered that Paul Ryan's budget didn't attack deficit reduction quickly enough.

How much hubris is required to make this kind of assertion? As James Pethokoukis reminds us:

The Obama budget leaves us on a path to fiscal collapse. Once again, here is a stunning long-term budget chart — produced by the White House (PDF) — from Obama’s 2013 budget: 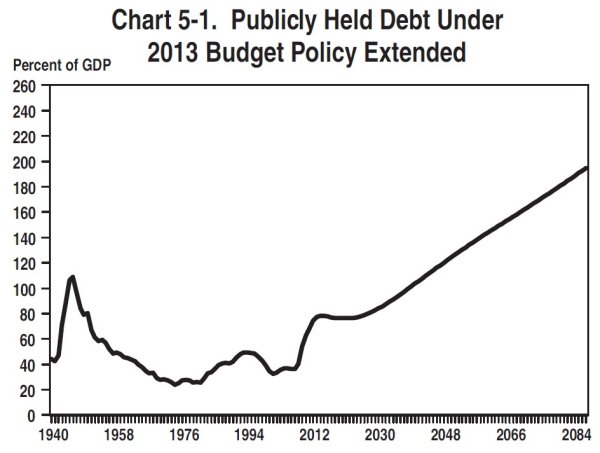 And here is a comparison of the two paths, the Ryan path and the Obama path: 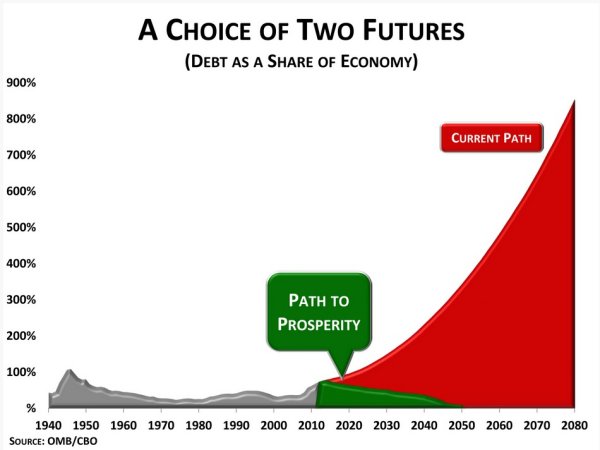 This is yet another example of the Obama administration's craven use of "The Big Lie".

His primary rules were: never allow the public to cool off; never admit a fault or wrong; never concede that there may be some good in your enemy; never leave room for alternatives; never accept blame; concentrate on one enemy at a time and blame him for everything that goes wrong; people will believe a big lie sooner than a little one; and if you repeat it frequently enough people will sooner or later believe it.

As for the above paragraph: it is left as an exercise for the reader to determine its origin and subject.

It takes a special kind of deviant to perpetuate the BIG LIES. Barack Hussein Obama is a criminal.

Were those not Hitler's words? Taken to heart by the Obamessiah?