The first Republican attorney general for the State of Arkansas in the modern era must immediately launch an investigation into the Bill, Hillary and Chelsea Clinton Foundation, and the first step is to subpoena the foundation records.  With the revelations of possible violations of law occurring almost daily, there is probable cause to launch an investigation.

The Clintons have a long history of making incriminating documents disappear, so it is imperative that the AG act quickly to prevent any destruction of those records.

It is unlikely that the IRS or the Justice Department will investigate the Clintons and their eponymous foundation anytime soon, but the Arkansas attorney general does have the authority to look into any wrongdoing since the foundation is incorporated [PDF] in the state of Arkansas. 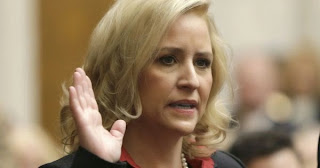 The newly elected AG, Leslie Rutledge, will likely be branded by the Clinton machine as a member of the vast right-wing conspiracy, since she holds membership in the National Rifle Association and the Federalist Society and bills herself as a conservative.  The media and liberal bloggers will dig up all the dirt they can find to try to discredit her.  However, the prospect of these attacks must not deter her from performing her duties as the chief law enforcement officer for the state.

Arkansas law requires that charities register with the state and also disclose their financial data, principally by attaching the IRS tax form 990.  In addition, charities must comply with Arkansas law, which one would assume covers a multitude of possible misdeeds.

The AG should obtain details of travel records.  The foundation paid $8.4 million in 2013 in travel expenses out of total expenses of $85 million.  Did the foundation pay for any personal travel unrelated to the mission of the foundation?  Salaries and benefits should also be a target, since they totaled a whopping $30 million.  Did any of those salaries pay for staffers who might be considered political operatives?  The list goes on.

The investigation should include copies of e-mails sent between the foundation employees and Bill and Hillary and other staffers to determine if there is any “shred of evidence” of wrongdoing.

The AG must move quickly, since the Clintons will stonewall all they can to delay and thwart any investigation.  Leslie Rutledge will be doing this country a great service if she decides to investigate.