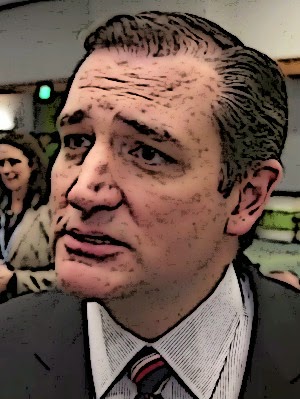 “In the wake of the Sandy Hook shooting, a statistic surfaced putting support for background checks at 90%. Did you go against the want of the nation with your vote against Manchin-Toomey (a bill that would have required background checks on all commercial sales of guns)?”

After patiently listening to the questioner read the prepared question, Cruz responded:

“You know there’s an old line: there are lies, damn lies and statistics. You’re right, that was a poll that was bandied around a lot, but you can find a lot of results in a poll depending on how you frame the question. As you and I both know, we have a system of background checks in place right now.

What Manchin-Toomey was trying to do was extend that to every private sale between two individuals … two guys in a duck blind selling their shotgun, one to the other. The federal government doesn’t have any business there.

When you asked about the role of public opinion polls, when it comes to Constitutional rights, what matters is what the Bill of Rights says. It doesn’t matter what happens to be popular at the moment.

The entire reason for the Second Amendment is not for hunting, it’s not for target shooting … it’s there so that you and I can protect our homes and our families and our lives. And it’s also there as fundamental check on government tyranny.”