NOTHING TO SEE HERE, NOTHING AT ALL: Boeing and GE Refuse to Turn Over Hillary Emails

The Washington Free Beacon's Lachlan Markay reports that industrial giant Boeing is refusing to release emails with Hillary Clinton's State Department that could implicate the candidate in (yet another) pay-for-play scandal. 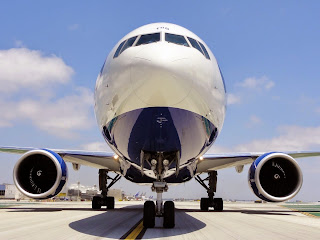 Airline giant Boeing said this week that it will not release correspondence pertaining to the State Department’s work in securing a Russian contract for the company, a donor to the foundation of then-Secretary of State Hillary Clinton...

...Boeing donated between $1 million and $5 million to the Clinton Foundation. It also lobbied the State Department while Clinton helmed the agency...

...Clinton went to bat for Boeing early in her tenure at State. She pushed Russian officials to approve a multi-billion-dollar contract for Boeing planes...

Last year, the Washington Post reported how the Clinton State Department had disregarded its usual rules of engagement for Boeing:

[T]o secure the donation, the State Department had set aside ethics guidelines that first prohibited solicitations of Boeing and then later permitted only a $1 million gift from the company. Boeing had been included on a list of firms to be avoided because of its frequent reliance on the government for help negotiating overseas business and concern that a donation could be seen as an attempt to curry favor with U.S. officials.

The November 2009 episode was an indicator of a mutually beneficial relationship between one of the world’s major corporations and a potential future president. Clinton functioned as a powerful ally for Boeing’s business interests at home and abroad, while Boeing has invested resources in causes beneficial to Clinton’s public and political image.

"Coincidentally", less than a week ago, General Electric's CEO also said he would not release emails exchanged with the Clinton State Department.

General Electric (GE) CEO Jeffrey Immelt said Wednesday that he will not release the emails that GE exchanged with Hillary Clinton’s State Department during the period in which GE was donating to the Clinton Foundation...

These people are beyond description. They have absolutely no regard for the rule of law,

Perhaps a few hundred GE and Boeing employees should report their CEOs to the respective boards for clear, unvarnished ethics violations.