Will Hillary Get the Petraeus Treatment?

Scandal: Which is worse — keeping classified information in a personal journal at home or doing government business and transmitting classified data on a private email account managed from the Clinton family home?

This adds a new level of premeditated secrecy and deceit to the actions of the presumptive 2016 Democratic presidential nominee. 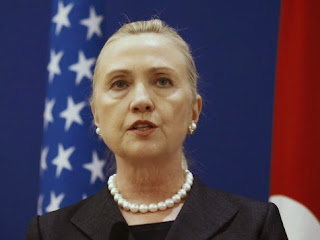 It also adds a new level of hypocrisy to the most transparent administration in history's pursuit of former CIA Director and commander of American forces in Iraq and Afghanistan, Gen. David Petraeus.

Petraeus, who had an extramarital affair with biographer Paula Broadwell, pleaded guilty, after a lengthy government investigation, to a misdemeanor charge of mishandling classified information.

Petraeus had kept in his home a set of eight "Black Books" containing his notes and observations about his experiences, as well as classified information including conversations he had with the president, diplomats, and national security officers. Petraeus provided Broadwell access to these documents but, as far as we know, the information went no further.

So why has no criminal investigation been launched into Hillary Clinton's use of a private email account linked to a home-based Internet service, presumably vulnerable to foreign hackers, used to send emails also possibly containing classified information to people who shouldn't have access to it?

Did Hillary's emails contain discussions of the operational plans to take out Osama bin Laden? Did they discuss national security issues, policies toward foreign governments, or perhaps things like our all-too-secret deal with Iran regarding its nuclear program? And who did they go to? What emails did she send to or regarding foreign donors to the Clinton Foundation?

We have commented before on the Clintons' self-serving and reckless penchant for secrecy and Hillary Clinton's false claim that she provided "unfettered" access to her files and records to the State Department's Accountability Review Board (ARB) investigating her department's performance and actions.

As we noted, former Deputy Assistant Secretary Raymond Maxwell — one of four placed on administrative leave and then reinstated after Benghazi — told former CBS investigative reporter Sharyl Attkisson of a weekend operation in a State Department basement office to filter out and hide any damaging documents from ARB that might put the State Department and its top diplomat, Hillary Clinton, in a bad light.

Maxwell told Attkisson that his stack of documents to review included pre-attack telegrams and cables between our embassy in Tripoli and the State Department in Washington, D.C. During that weekend, two high-ranking State Department officials visited the document-filtering operation to check on its progress.

Rep. Jason Chaffetz (R-Utah), a member of the House Oversight and Government Reform Committee, later told Fox News that one of these two individuals was none other than Cheryl Mills, Clinton's chief of staff and a former White House counsel who defended President Bill Clinton during his impeachment for lying under oath.

The other individual belonging to what we called Hillary's "plumbers" was Deputy Chief of Staff Jake Sullivan, who previously worked on Hillary Clinton's and then Barack Obama's presidential campaigns.

Hillary's secret email account is yet another example of her corrupt misuse of her office as secretary of state to further her own personal political ambitions.

We hope Hillary will not claim her hard drive crashed like Lois Lerner's at the IRS. At least we may now know why emails from Benghazi begging Hillary Clinton's State Department for help and rescue went unheeded — they were sent to the wrong email address.

Because we are a nation of apathetic and by that extension- corrupt people who allow our prosecutors to do absolutely nothing, to deny their oaths of office, and to promote their own careers.

Hillary Clinton should be doing life. Or hiding somewhere in shame.
She makes Nixon look like a piker.