ISIS ON THE SOUTHERN BORDER: Judicial Watch blows the lid off another Obama scandal

Judicial Watch is proving itself the most resourceful and impactful educational organizations in the nation. No other media outlet, no congressional committee, and no other non-governmental organization can match JW’s successes in ferreting out what the government doesn’t want you know. On the issue of terrorism and the border, JW’s journalism this week had an international impact. On April 14, our Corruption Chronicles published the following extraordinary report on ISIS operations in Mexico and in the United States: 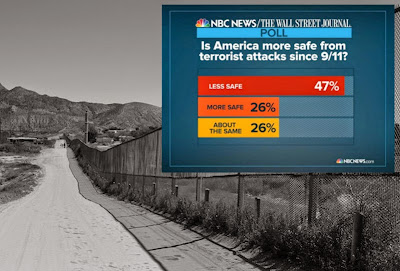 ISIS is operating a camp just a few miles from El Paso, Texas, according to Judicial Watch sources that include a Mexican Army field grade officer and a Mexican Federal Police Inspector.

The exact location where the terrorist group has established its base is around eight miles from the U.S. border in an area known as “Anapra” situated just west of Ciudad Juárez in the Mexican state of Chihuahua. Another ISIS cell to the west of Ciudad Juárez, in Puerto Palomas, targets the New Mexico towns of Columbus and Deming for easy access to the United States, the same knowledgeable sources confirm.

During the course of a joint operation last week, Mexican Army and federal law enforcement officials discovered documents in Arabic and Urdu, as well as “plans” of Fort Bliss – the sprawling military installation that houses the US Army’s 1st Armored Division. Muslim prayer rugs were recovered with the documents during the operation.

Law enforcement and intelligence sources report the area around Anapra is dominated by the Vicente Carrillo Fuentes Cartel (“Juárez Cartel”), La Línea (the enforcement arm of the cartel) and the Barrio Azteca (a gang originally formed in the jails of El Paso). Cartel control of the Anapra area make it an extremely dangerous and hostile operating environment for Mexican Army and Federal Police operations.

According to these same sources, “coyotes” engaged in human smuggling – and working for Juárez Cartel – help move ISIS terrorists through the desert and across the border between Santa Teresa and Sunland Park, New Mexico. To the east of El Paso and Ciudad Juárez, cartel-backed “coyotes” are also smuggling ISIS terrorists through the porous border between Acala and Fort Hancock, Texas. These specific areas were targeted for exploitation by ISIS because of their understaffed municipal and county police forces, and the relative safe-havens the areas provide for the unchecked large-scale drug smuggling that was already ongoing.

Mexican intelligence sources report that ISIS intends to exploit the railways and airport facilities in the vicinity of Santa Teresa, NM (a US port-of-entry). The sources also say that ISIS has “spotters” located in the East Potrillo Mountains of New Mexico (largely managed by the Bureau of Land Management) to assist with terrorist border crossing operations. ISIS is conducting reconnaissance of regional universities; the White Sands Missile Range; government facilities in Alamogordo, NM; Ft. Bliss; and the electrical power facilities near Anapra and Chaparral, NM.

The international reaction to this report was almost instantaneous. The Mexican government, unsurprisingly, “categorically denied” our report. The left-wing “Politifact” smeared JW by calling our report false? On what basis? No government agency would back us up. I’m happy to put our credibility up against the Benghazi-cover-up crowd in the Obama administration any day.

And I can tell you that our military, congressional and other government security contacts have been quite positive and grateful for our reporting. We seem to be hearing every week about ISIS supporters arrested or an ISIS terror plot thwarted here in the United States. Twenty-five ISIS supporters are being prosecuted by Obama’s Justice Department. Two female ISIS supporters were just arrested in New York for wanting to build a bomb. And there were ISIS-related arrests both in Ohio and in Kansas just in the past seven days!

So, we have ISIS supporters being arrested all over America but we are supposed to believe that ISIS won’t take advantage of the anarchy in the areas just south of our border controlled by the Mexican drug cartels?

And, as with Benghazi, the Obama administration’s response was to go into cover-up mode. The FBI, which has a terrible record of not only ignoring terrorist threats but actually using terrorists as informants, held a key meeting in Mexico in response to our report. But the meeting wasn’t to follow our leads, but to suppress the truth. Again, from our Corruption Chronicles blog:

Responding to Judicial Watch’s report earlier this week of ISIS activity along the Mexican border, Federal Bureau of Investigation (FBI) supervisors called a “special” meeting at the U.S. Consulate in Ciudad Juárez.

A high-level intelligence source, who must remain anonymous for safety reasons, confirmed that the meeting was convened specifically to address a press strategy to deny Judicial Watch’s accurate reporting and identify who is providing information to JW. FBI supervisory personnel met with Mexican Army officers and Mexican Federal Police officials, according to JW’s intelligence source. The FBI liaison officers regularly assigned to Mexico were not present at the meeting and conspicuously absent were representatives from the Department of Homeland Security (DHS). It’s not clear why DHS did not participate.

Publicly, U.S. and Mexico have denied that Islamic terrorists are operating in the southern border region, but the rapid deployment of FBI brass in the aftermath of JW’s report seems to indicate otherwise.

Deroy Murdock, a well-known columnist at National Review, gets it right. He highlights the Obama administration’s duplicity in putting politics above national security, even if doing so puts human lives at risk. The full piece is worth reading, but he includes the JW revelations this week in his analysis here:

When the Islamic State first emerged, it traversed Iraqi and Syrian deserts in pick-up trucks. A few days of relentless bombing would have reduced these maggots to cinders. Instead, Obama’s daintiness let them seize territory the size of Great Britain. The group now has infiltrated Libya, Tunisia, and Yemen, sealed an alliance with Boko Haram in Nigeria, and much more.

Judicial Watch reports that the Islamic State operates a training camp just eight miles below America’s southern “border.” The conservative watchdogs cite Mexican military and police sources who say that they have discovered — near Ciudad Juarez — Muslim prayer rugs, documents in Arabic and Urdu, and “plans” of Fort Bliss Army Base in El Paso, Texas.

Homeland Security Secretary Jeh Johnson told CBS’s 60 Minutes that at least 40 Americans who fought with the Islamic State in Iraq and Syria have come home. Half-comfortingly, Johnson said that “we have systems in place to track these individuals. But you can’t know everything.”

Trust Judicial Watch to stay on the important issue of the terrorist threat from our open and unsecured border with Mexico. You should check in regularly at www.JudicialWatch.org for any updates on the fast-moving investigation.

Why is Snopes calling this false? http://www.snopes.com/politics/immigration/isismexico.asp?hc_location=ufi