Was History Made Today?

In case you haven’t heard, the Senate today finally threw up a roadblock in front of Obama and his mad dash to give Iran the H-Bomb. Please consider: "Obama drops objection to letting Congress vote on Iran deal."

Oh, but that’s not the real headline, which is, "Facing Certain Override, Obama Caves in to Congress and Reality". 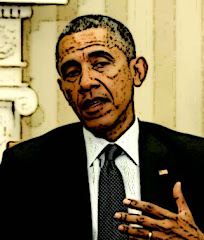 U.S. President Barack Obama dropped his opposition on Tuesday to a bill giving Congress a voice on a nuclear deal with Iran after members of his Democratic Party negotiated changes to the bill that had won strong support from both parties.

White House spokesman Josh Earnest said Obama, who had said he would veto the proposed bill because it could scuttle the emerging Iran deal, could accept compromises that drew bipartisan Senate support ... The compromise bill passed the Senate Foreign Relations Committee unanimously and is expected to pass the full Senate...

It requires the Obama administration to send the text of a final agreement to Congress as soon as it is completed, and blocks Obama's ability to waive many U.S. sanctions on Iran while Congress reviews the deal.

It allows a final vote on whether to lift sanctions imposed by Congress in exchange for Iran dismantling its nuclear capabilities.

As far as I can recall this is the first time since his inauguration that one of Obama’s pet policy objectives has been turned back at the door. May this set a precedent for the final years of this disastrous presidency.

And may Congress go from strength to strength and help the American people take our country back!

It's awfully hard to trust these people. One can't help but be suspicious of anything that purports to go against what Obama is trying to do to America. Both sides have been complicit in the "transformation", why would this be any different? Who's to say that what is provided to Congress will be what is really going to Iran? Obama is such a liar that nothing he says or does can be trusted - and that goes for the Republican leadership as well.

The fix is in.

If congress does nothing and this is a treaty, then 2/3 vote of congress is required.