Perhaps we can check Hillary's emails to determine whether there were criminal wrongdoings. Oh, wait. 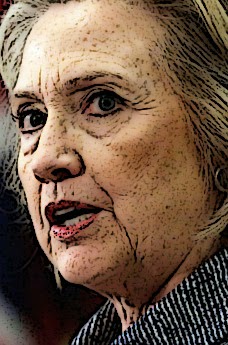 The size and scope of the symbiotic relationship between the Clintons and their donors is striking. At least 181 companies, individuals, and foreign governments that have given to the Clinton Foundation also lobbied the State Department when Hillary Clinton ran the place, according to a Vox analysis of foundation records and federal lobbying disclosures...This list of donors to the Clinton foundation who lobbied State matters because it gives a sense of just how common it was for influence-seekers to give to the Clinton Foundation, and exactly which ones did.

Bear in mind that this analysis only includes the disclosed donors.  The recently-revealed Russia/uranium deal involved undisclosed donations (part of a pattern, it turns out), in violation of a transparency agreement Hillary signed upon joining the State Department.  Team Clinton's excuse for failing to disclose the information has unraveled under cursory scrutiny. Clinton's defenders insist that nobody has offered concrete proof that this multi-million-dollar "slush fund" favor bank ever resulted in direct action by the State Department; at some point, though, enough smoke convinces people there's a fire.  And the smoke is billowing:

Former President Bill Clinton accepted more than $2.5 million in speaking fees from 13 major corporations and trade associations that lobbied the U.S. State Department while Hillary Clinton was secretary of state, an International Business Times investigation has found. The fees were paid directly to the former president, and not directed to his philanthropic foundation. Many of the companies that paid Bill Clinton for these speeches ... engaged him within the same three-month period in which they were also lobbying the State Department in pursuit of their policy aims, federal disclosure documents show. Several companies received millions of dollars in State Department contracts while Hillary Clinton led the institution. The disclosure that President Clinton received personal payments for speeches from the same corporate interests that were actively seeking to secure favorable policies from a federal department overseen by his wife underscores the vexing issue now confronting her presidential aspirations...

...Part of the reason so many people feel compelled to defend the indefensible is that Hillary is essentially the only game in town for Democrats, a choice that the party has made for itself.  And America's "gliding queen" isn't in any rush to address any of these serious allegations -- or anything else for that matter:  Since announcing her presidential campaign 17 days ago, she has answered a total of seven questions from the media.  And most of her "answers" were either facile deflections or substance-free cliches.  Why subject yourself to real questions when you can stage phony "listening sessions" with hand-selected supporters stripped of their cellphones, and pander on Twitter...