Hillary Clinton has been telling America that she is the most qualified candidate for president based on her "record," which she says includes her eight years in the White House as First Lady - or "co-president" - and her seven years in the Senate. Here is a reminder of what that record includes - prior to serving as the most corrupt Secretary of State in modern American history: 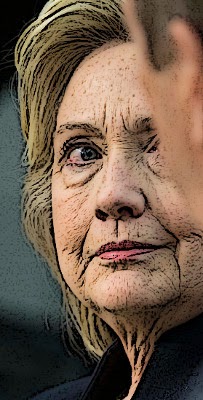 HILLARY, As First Lady, assumed authority over Health Care Reform, a process that cost the taxpayers over $13 million. She told both Bill Bradley and Pat Moynahan, key votes were needed to pass her legislation, that she would "demonize "anyone who opposed it. But it was opposed; she couldn't even get it to a vote in a Congress controlled by her own party. (And in the next election, her party lost control of both the House and Senate.)

HILLARY assumed authority over selecting a female Attorney General. Her first two recommendations (Zoe Baird and Kimba Wood) were forced to withdraw their names from consideration, and then she chose Janet Reno. Janet Reno has since been described by Bill himself as "my worst mistake."

HILLARY recommended Lani Guanier for head of the Civil Rights Commission. When Guanier's radical views became known, her name had to be withdrawn.

HILLARY also recommended a close friend of the Clintons, Craig Livingstone, for the position of director of White House security. When Livingstone was investigated for the improper access of up to 900 FBI files of Clinton enemies (Filegate) and the widespread use of drugs by White House staff, both Hillary and her husband denied knowing him. (FBI agent Dennis Sculimbrene confirmed in a Senate Judiciary Committee in 1996 both the drug use and Hillary's involvement in hiring Livingstone. After that, the FBI closed its White House Liaison Office, after serving seven presidents for over thirty years.)

HILLARY, in order to open "slots" in the White House for her friends the Harry Thomasons (to whom millions of dollars in travel contracts could be awarded), had the entire staff of the White House Travel Office fired. They were reported to the FBI for "gross mismanagement" and their reputations ruined. After a thirty-month investigation, only one, Billy Dale, was charged with a crime - mixing personal money with White House funds when he cashed checks. The jury acquitted him in less than two hours.

...She urged her husband not to settle the Paula Jones lawsuit.

...She refused to release the Whitewater documents, which led to the appointment of Ken Starr as Special Prosecutor. After $80 million dollars of taxpayer money was spent, Starr's investigation led to Monica Lewinsky, which led to Bill lying about and later admitting his affairs.

...Then they had to settle with Paula Jones after all.

...And Bill lost his law license for lying to the grand jury.

...And Bill was impeached by the House.

...And Hillary almost got herself indicted for perjury and obstruction of justice (she avoided it mostly because she repeated, "I do not recall," "I have no recollection," and "I don't know" 56 times under oath).

HILLARY accepted the traditional First Lady's role of decorator of the White House at Christmas, but in a unique Hillary way. In 1994, for example, The First Lady's Tree in the Blue Room (the focal point each year) was Decorated with drug paraphernalia, sex toys, and pornographic ornaments, all personally approved by Hillary as the invited artists' depictions of the theme, "The Twelve Days of Christmas."

HILLARY wrote "It Takes a Village," demonstrating her socialist viewpoint.

HILLARY decided to seek election to the Senate in a state she had never lived in. Her husband pardoned FALN terrorists in order to get Latino support and the New Square Hassidim to get Jewish support. Hillary also had Bill pardon her brother's clients, for a small fee, to get financial support.

HILLARY then left the White House, but later had to return $200,000 in White House furniture, china, and artwork she had stolen.

HILLARY played the "woman card" in the campaign for the Senate, by portraying her opponent (Lazio) as a bully picking on her.

HILLARY'S husband further protected her by asking the National Archives to withhold from the public until 2012 many records of their time in the White House, including much of Hillary's correspondence and her calendars. (There are ongoing lawsuits to force the release of those records.)

HILLARY, as the junior Senator from New York , passed no major legislation. She has deferred to the senior Senator (Schumer) to tend to the needs of New Yorkers, even on the hot issue of medical problems of workers involved in the cleanup of Ground Zero after 9/11.

Quite a resume, isn't it? Sounds more like an organized crime family.