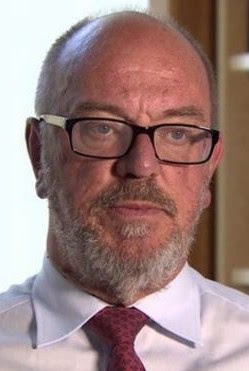 The former head of Britain’s National Health Service ... warned Thursday that “emergency action” may be needed to shore up NHS finances. Though the service’s troubles haven’t taken center stage in Britain’s national election, a crisis could be quietly brewing. Here’s the BBC:

In an interview for BBC Radio 4’s Today programme, Sir David – who ran the NHS in England for eight years – said that because there was an election period, the NHS was unable to publish the latest report on its financial position.

But he said it was “pretty clear in the NHS that there is a substantial financial problem, particularly in the hospital sector” which would become “crystal clear” in the autumn […]

He said the NHS would have to take “emergency action” such as vacancy freezes.

To date, the Conservatives and the Liberal Democrats have both pledged to increase funding by £8 billon by 2020, but Labour hasn’t. And Nicholson says that even the £8 billon depends on NHS’s earning £22 billion through “efficiency savings,” which he skeptically called a “big ask.” Nicholson predicts that, if those savings aren’t earned, Britons could see a “managed decline” of longer wait times, more restrictions on drug availability, and other barriers to access to care. Not a pretty picture.

It's important to remember that the meltdown of the UK's National Healthcare Service is -- quite literally -- a preview of Obamacare's future, almost as if we had a time machine.

Liberals (er, now "progressives") love to scold the rest of us on the topic of "sustainability", yet not a single one of their socialist schemes is ever economically sustainable. As Margaret Thatcher once said, socialism works until they run out of other people's money.

One of the main roots of socialism is the desire to bring about Utopia on earth by human means. The Socialist Utopia is not sustainable, and that means that only only a few humans can afford to live their. The rest of humanity must be enslaved to fund Utopia.

The building the secular socialist Utopia requires near infinite government as we are finding out. That comes in two forms: near-infinite bureaucracy churning out near-infinite rules and regulations each having the weight of law and near-infinite vote buying, whether funding near-infinite projects to "stimulate" what is left of the private economy, or near-infinite "benefits" to address near-infinite "unmet needs". The most recent of which is that people who don't speak English well enough qualify for Social Security disability payments.