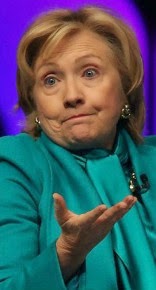 After nearly four decades of single-mindedly chasing the Presidency, Hillary Clinton announced this weekend that she will again run for the White House in 2016. Never before has a Presidential candidate played so fast and loose with the truth as has Mrs. Clinton. From her refusal to shoot straight with the American people on the deaths of four Americans, including an ambassador, in Benghazi, to her unwillingness to play by the rules in the handling of her official emails during her time at the State Department, we have seen time and time again that Hillary Clinton thinks she does not have to follow the laws the rest of us have to follow.

Outside of pursing a radical agenda, it’s hard to see what, if anything, Hillary Clinton has done. Mrs. Clinton proved to be an ineffective Senator, introducing only two bills that became law during her eight years in the Senate, and she was equally ineffective as Secretary of State. Although she will brag about the tens of thousands of miles she has traveled around the globe, Mrs. Clinton’s global glad-handing resulted in no major breakthroughs. Furthermore, the world is more unsafe now than ever before. Whatever she actually did do during those thousands of miles has been conveniently lost to history when she scrubbed her computer clean in a brazen act of lawlessness.

Since 1992, Hillary Clinton and her husband have been at the center of an endless parade of scandals. After eight years of Barack Obama, the last thing we need is to extend his radical policies another four years with a President Hillary Clinton. Ready? We’ve had enough.

She's cursing the fact that she's a rich old white woman. If not for that, her candidacy would be guaranteed.

let the goofy old lady Hillary run ,,, someone will come up with her emails and bag the old bag