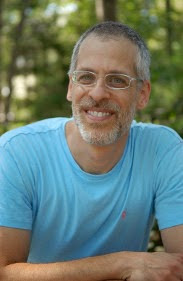 A distinguished Professor of Philosophy at Connecticut College for Women, Andrew Pessin, who once taught at Kenyon, has been hounded from his job after becoming a target by the campus SJP [Students for Justice in Palestine, a group dubbed "Hamas on Campus"], their faculty friends, and their fellow haters around the world, who bombarded the Professor with vicious email and threats. The "crime" Professor Pessin committed was using some colorful language in a post last August during the war in Gaza to describe [the vicious, terrorists known as] Hamas. Pessin’s real crime is that he is Jewish and pro-Israel, a combination which appears to make him unique among the faculty at this liberal arts college. The real assault on Pessin began six months after his original post during the war, and though he apologized to the student who claimed to have been offended, the campaign against him was in full attack mode by then.

I have attached below some articles that have been written on this issue to give you some background on Pessin’s case. He is currently on medical leave, living off campus for his own safety and sanity. Several months back, his wife had surgery for a brain tumor, and she has not fully recovered. Professor Pessin has his hands full, and he should not fight the evil coming at him alone.

I have provided below the email address of the President of Connecticut College. Feel free to let her know that the issue here is not a Facebook post, but a drive to make Connecticut College “free" of pro-Israel people. So far, the President has acted badly, creating a kind of moral equivalence between someone typing a Facebook post about Hamas, and the campus responding en masse, as if it had been mortally wounded by the post six or seven months after the fact, and turning with real ugliness on a once popular and respected Professor. In the last few weeks, the college has added three new Deans of Equity and Inclusion.

I have also attached below some language from one letter already sent, that makes the equivalence issue very clearly and can be used as a guide.


Katherine Bergeron <bergeron@conncoll.edu>
If the college sees a lot of pushback here, it may move the college for the first time to defend Pessin against the assaults and call for a stop to the anti-semitic harassment. This situation could play out more in the future as the demographics of who attends college changes -- and administrators choose to go with the flow, avoiding confrontation with terror-supporters.

Excellent letter sent by one professor at a different school to President Bergeron:

I do understand the pressures on you from all sides, which make you focus on balancing interests at your institution. You're the President; that' s your job. But you may not have fully considered that what happened at your college happens all over the country, where pro-Israel speakers are vilified and stigmatized as "racist," "Islamophobic", and therefore beyond the pale of decent opinion.

It is a way of intimidating the expression of pro-Israel opinion on campus and thereby a way of indoctrinating students and faculty that the only decent opinion is one that abhors Israel. This in turn is part of an international effort by the BDS movement and its student arm, the Students for Justice in Palestine, who openly campaign for, first, the delegitimization of Israel and, second, of course for for its destruction.

No one is asking you to take sides on this. If you can be neutral about the prospect of a second great genocide of Jews, so be it. But you are in no way dealing, as your public remarks seem to suggest, with a case of intemperate speech on the one hand and perhaps excessive sensitivity on the other. You are looking at a political campaign of reputation destruction, and you ought to be made aware of that. From that point of view your studied neutrality can only aid those who mostly operate at the top of their lungs, and who engage in highly prejudicial political theater, of which this is one kind. Do try to think about this in the larger context.

This particular letter is, in my view, far too tame.

There is no moral equivalence between those who seek genocide and those who simply want to live in peace.

ISIS and Hamas are at each other's throats these days, (and the Saxon has learnt him some hate as well.) Those who want "Justice for Palistine" may eventually get some Palistinian style justice in accordance with their own cultural norms. When the police are picking up the bits and pieces we can all admire the sensitivity and diversity with which they were dispatched.