THE DROUGHT IN CALIFORNIA IS JUST THE BEGINNING: Green Terrorists are Sabotaging the U.S. Economy

Environmentalist extremists are controlling our policies at all levels of local, state and federal government. 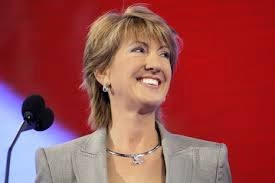 The environmental terrorists are consuming land in the name of frogs and assorted creatures and putting cost prohibitive regulations on farmers and ranchers, raising the price of essential services and goods such as food and transportation. They are lowering our standard of living in the name of non-essential wildflowers and prairie chickens.

They have infiltrated the government at every level so that you now see the DOD tweeting their latest green initiative as ISIS, Al-Qaida, and Iran compete for hegemony in the Middle East and do so without resistance.

Americans are afraid to resist the lies on which they build their power. The majority have been silenced into blindness though truth is hiding in plain sight.

The EPA is a group of unelected bureaucrats -tyrants – who now act as an arm of extremists, pushing regulations on individuals, on every household, and every business without our permission.

The Pentagon, which should be concentrating on our safety and protection, is launching more than 600 new environmental projects at the same time we are cutting the Army to WWI levels and slashing military retirement pay and future raises.

These are not representative of our values but the minority are force-feeding Americans with new values and, even though they will be our undoing, we cheer them on.

Environmentalists are, in part, responsible for the latest banking disaster which will turn international borrowers over to the Chinese and away from the U.S.

Environmentalists pre-ordained the current California water crisis with their policies.

How will it all end? The leftists will say it’s because of global warming and will force us to implement even more of the same failed policies.

Former Hewlett-Packard CEO Carly Fiorina blames California’s water crisis on “liberal environmentalists” who are “willing to sacrifice other people’s lives and livelihoods at the altar of their ideology.”

California Gov. Jerry Brown announced a crackdown on water usage by residents and businesses to deal with water usage during the drought. He didn’t include the agriculture industry which accounts for 80% of the human water usage, however. He can’t but what he is doing means little. A mere 25% less water usage by 20% of the users is only enough to make people feel uncomfortable and accept the false doctrine espoused by climate freaks.

The sad thing is it is a self-induced crisis by environmentalist leftists.

This could have been avoided with different policies presidential aspirant Carly Fiorina told Glenn Beck on his radio show.

“California is a classic case of liberals being willing to sacrifice other people’s lives and livelihoods at the altar of their ideology. It is a tragedy,” Ms. Fiorina said.

“Despite the fact that California has suffered from droughts for millennia, liberal environmentalists have prevented the building of a single new reservoir or a single new water conveyance system over decades during a period in which California’s population has doubled.”

Fiorina said that because of this, 70 percent of California’s rainfall “washes out to sea” year after year.

“How is it possible that we don’t hear that story on the news at all?” Beck asked.

“Isn’t that interesting?” Fiorina responded. “It is a man-made disaster. California is a classic case of liberals being willing to sacrifice other people’s lives and livelihoods at the altar of their ideology. It is a tragedy.”

Fiorina said Congress has the power to ease some of the water restrictions for farmers, but the restrictions remain in place to protect certain forms of wildlife.

“In California, fish and frogs and flies are really important — far more important apparently than the 40 percent unemployment rate in certain parts of central valley,” Fiorina said. “So the Senate and the president could waive some of those water restrictions. They have been asked to do so, and they have refused to do so.”


“Government has grown so huge, so powerful, so costly, so complex, it is literally crushing the life out of this country,” Fiorina responded. “It is crushing small and family-owned businesses, which are the economic engine of our nation. It is crushing possibilities out of people’s lives by entangling them in a web of dependence from which they cannot escape. The weight, the cost and the power of government are literally crushing the potential of the nation.”

“We must, absolutely must, get government under control, which means reducing its size and its power and its complexity in really fundamental ways,” Fiorina continued. “And that is why I am seriously considering running for president, and will make a final decision over the next month or so. I have come to the point of view that too many politicians have been captured in this system for too long, and they no longer see what needs to be done.”

Former Treasury Secretary under Barack Obama, Larry Summers, wrote an op-ed declaring the U.S. is losing its place as an economic superpower. The global economic structure is changing and it’s dysfunctional.

The U.S. dominated the IMF and the World Bank. Countries that needed to borrow would go to the IMF and World Bank and the U.S. would have control over the economy and projects.

China was left out and wanted in.

The U.S. wouldn’t let China into this power structure and as a result China formed their own bank – Asian Infrastructure Investment Bank.

Our allies and a total of 50 countries signed on to the Beijing Communist bank. The power these totalitarians will have is dangerous and it greatly diminishes U.S. power.

Part of the problem is Barack Obama and the Congress couldn’t reach agreement. Summers blamed Congress but Obama can’t or won’t negotiate. They are both to blame but Summers can’t put it on Congress and the right-wing when we have an imperial president who has ruled unilaterally for six years.

A bigger problem is that the environmentalists wanted say over every single project the IMF and World Bank funded. They got in the way and the banks couldn’t get funding because of the greenies and the unions in the United States.

The Chinese don’t have to worry about environmentalist terrorists.

We are far less of a world power today thanks in part to the extremists in the green movement in the United States.

It’s getting worse. Gina McCarthy announced plans to deal with the alleged man-made global warming by taking over all U.S. waterways and regulating them.

In their arrogance, they believe they can control the weather.

Obama says he knows the unknowable to support those concepts and make his brand of totalitarianism a reality without a violent revolution.

“We know that in addition to the adverse impacts that (global warming) may have when it comes to more frequent hurricanes, or more powerful storms, or increased flooding, we also know that it has an impact on public health,” Barack Obama recently claimed.

None of that is true.

Climate change activists have altered data and all of their assumptions are computer generated. Since the hockey stick was debunked, they have no long-term studies to rely on.

Gina McCarthy, the EPA head, plans to enforce new restrictions based on a false study that gives the government the right to control all waterways in the nation, right down to puddles on private property. She claims the government won’t control puddles.

She is another unelected bureaucrat doing great harm without the consent of the people.

Have you heard of sleeping sickness? In the Middle Ages, it snuffed out lives in the middle of the night without warning. Environmental terrorism is the new sleeping sickness, snuffing out our way of life, silencing us into blindness while truth hides in plain sight.

We once had a revolution over taxation without representation and now we are a people who accept totalitarianism. We even cheer it on.