Mia Love Obliterates Hillary Clinton With the Stroke of a Pen 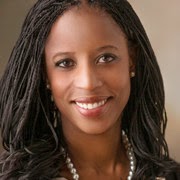 Now more than ever, the American people require a president with a proven record of honesty and integrity. A president who believes America is an exceptional nation because it is built on a foundation of liberty and freedom. Unfortunately, Hillary Clinton is not that leader. This is not about party, it's not about Washington, it's about us and what kind of country we want to leave for our children. If "our" United States of America is going to remain exceptional, we must expect more of those who wish to lead our nation.

In related Hillary news, the would-be empress held a "listening tour" on a college campus in Iowa (which means no one was allowed to ask her questions and students were actually locked in their buildings to prevent Hill from breathing the same air as the riff-raff).

Oh, and Hillary's 'unscripted' coffee shop sit-down with 'ordinary' Americans turned out to be just as phony as a jetsetter worth $200 million engaging in class warfare.

Lastly, it turns out that Congressional investigators (needless to say, the useless Darrell Issa) requested that Hillary answer questions about private email use while serving as Secretary of State... in 2012.

She ignored their requests and -- as is typical with the feckless, bumbling and complicit GOP establishment -- nothing ever came of their queries.

All in a day's work for "Inspector Clouseau Issa".

This 'listening to the people' tour where the people dare not approach is as spontaneous as Big Ben.As honest as a three card monte game on 42nd street.And as politically buoyant as the Titanic after scooping up some ice cubes for the first class passengers.It would be no less genuine if she painted a red stripe on the Hillahearse van,got Huma a mohawk haircut,and emerged at every stop in a beige windbreaker smoking a cigar and calling everybody,'Pal'.They could call it the 'Pity The Fools' tours.