Writing at The Commentator, Vincent Cooper shines a spotlight on the fiscal tsunami engulfing the United Kingdom. 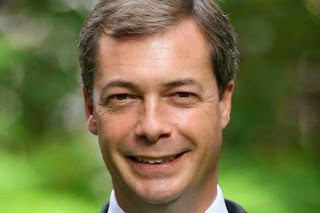 ...the NHS is so short of resources that patients in some areas had to be treated in a hospital car park. But if that is true, was not Nigel Farage right to condemn the health service for putting the treatment of foreigners above the needs of those who have paid for that health service and now find themselves being treated in a car park?

Mr Miliband’s solution to hospital car park treatment in the NHS is to promise £2∙5 billion in extra funding. But such a promise shows the Labour Party to be in total denial about the nature of the economic problems facing the NHS.

Consider this fact. Public Health England estimates that of the almost 108,000 people who are HIV positive, almost 60,000 are from Africa. The cost to the NHS of anti-retroviral drug treatment for these African health tourists is well over £1 billion annually and rising, as more and more Africans and others hear about what’s on offer from the tax payer.

And it’s not only HIV tourists. There is the same costly problem with Hepatitis B, another big crowd-puller from all over the world to the NHS, and a disease which can be even more costly than HIV to treat.

But the costs of health tourism to the tax payer are not confined to medical treatment alone. Many of those HIV tourists would be in receipt of housing and other welfare allowances, quite possibly for the rest of their lives.

...The British Labour Party, once a genuine British workers’ party, has now morphed into a fanatically pro-immigration welfarist party that uses the NHS for its own political ends. It turns all debate on the NHS into a party political competition about who will pour the most money into a voracious NHS bottomless pit.

Unless we eradicate the scourge of Obamacare, that's the future of health care here in the U.S.