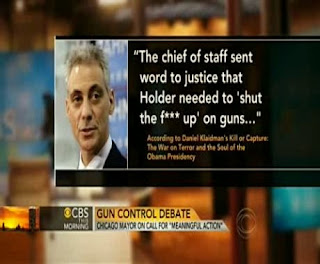 This, the sixth and final installment of The Betrayal Papers, will explore various projects, schemes, and associations that tie Obama and his associates together. A preponderance of these project are based out of Chicago, the crossroad of the global Left, Islamic “civilization jihad,” and the Communist mafia. The themes to observe in each case are deception, greed, and power.

To have any chance to retain our freedoms and personal safety, we must recognize the depth of the treason from within; we must name the perpetrators and conquer them before they end America.

But first, three profiles of key Obama operatives, and one Maurice Strong.

As Obama’s initial Chief-of-Staff, Emanuel wielded considerable power during Obama’s early years in office, being the de facto gatekeeper to Obama. A former Clinton man, Emanuel ultimately clashed with Valerie Jarrett, leading to his departure from Washington, D.C. and return home to Chicago. Since being elected mayor (a bid supported by Obama & Co.), Emanuel has faithfully served to keep a lid on a number of Chicago-centric scandals that would damage, perhaps fatally, the credibility of the administration.

As Attorney General, Eric Holder has served the role of Obama’s pit bull. Holder’s Department of Justice has elevated racial agitation to a high art, political correctness to an Orwellian contact sport, and gun control into a religion. His fingerprints are all over the administration’s various scandals, from Fast and Furious to Ferguson. Like other administration officials, Holder’s history and actions portray a man dedicated to overthrowing Constitutional government.

David Axelrod was born in New York City in 1955, the son of two Communists (described by David as “leftist Democrats”). His mother, Myril Bennett, worked for a Communist-infiltrated newspaper, New York-based “PM.” His father, Josef Axelrod, was a psychologist and member of the Communist Party USA. It is for these reasons that Axelrod has been described as a “red diaper baby.”

Maurice Strong is the Canadian billionaire at the center of the United Nations’ plan for “sustainable development.” One of the lead proponents of Agenda 21, this would-be environmental totalitarian made much of his fortune due to a special deal with the Canadian government. In reality, Strong is an oil tycoon who is using his connections to governments, George Soros, and the United Nations to advance an international regulatory regime that would practically end human freedom as we know it.

Notwithstanding the intricacies and nuances of Middle Eastern politics and tribal blood feuds, Chicago, by comparison, is a microcosm of parallel intrigue. For it is through this Midwestern city that Obama’s personal connections come together in a variety of tangled ways.

Description: ACORN is a progressive community-organizing group which, through advocacy and politics, was instrumental in forcing banks to lower mortgage lending standards. This not only contributed to the housing bubble; it also enabled ShoreBank, a small Chicago-based community bank, to profit from these loans.*

* Note: ShoreBank failed in 2010, and following an acquisition, is now known as Urban Partnership Bank.

Chicago, the urban hub of the Midwest, was, through much of the 20th century, also Communist central. The city was home to the tireless Communist Frank Marshall Davis, a primary mentor of Barack Obama. In Chicago, an intricate latticework of labor movements, civil rights organizations, and newspapers all carried the Soviet line, recruiting fellow travelers and useful idiots who helped advance the cause of their Soviet utopia.

Description: The Chicago Climate Exchange (CCX) is a carbon credit exchange that purports to help the environment by helping to cap carbon emissions and providing a platform on which they can be traded. In reality, the CCX monetizes capped “carbon emissions” and gives financial value to the carbon credits.

If you’ve ever wondered why it is that the myth of global warming/climate change persists despite an avalanche of empirical evidence against it, it is for one reason alone: personal enrichment of a clique of no-growth frauds and liars. Once carbon emission caps are passed into law in the United States or through a treaty via the United Nations, the value of carbon credits will increase exponentially.

The scale of this operation could potentially rival the total existing financial derivatives market and be valued in the trillions of dollars.

The Cult of Subud

What could tie together the Muslim Brotherhood, the infiltration of American intelligence agencies, an undeclared war to establish the Caliphate, a genocide and annihilation of Christian history, enormous financial benefit to a corrupt political and financial elite, and a president whose own history is more shadowy than moonlit forest?

In the case of Barack Hussein Obama, the evidence points to a little-known Islamic cult: Subud.

The Ties that Bind

What is the glue that ties this motley crew of Obama-connected miscreants together? Here are some additional cross-over points between Obama and his associates.

An ancient proverb states, “The fish rots from the head.” So it is with the corrupt and infiltrated government of the United States. The people, organizations, and schemes mentioned above and throughout this series of articles are not important. They have been named here only to establish their culpability in the attempted and (thus far) successful destruction of the country.

Obama is the head of this rotten fish. He is, as Winston Churchill put it, “a riddle wrapped in a mystery inside an enigma.” With each investigation into his personal history, only more questions are unearthed. He appears to be a cutout character rather than a man with a true life history. The only consistency in his story is offered by his associates, all of whom are subversives, many whom are evil.

On one side of him is the Muslim Brotherhood. Every step of the way, the Obama administration has enabled these terrorists to overthrow friendly governments and form jihadi armies. Today the Middle East is more volatile than it has been in a century. There is an ongoing genocide of Christians and other minorities, and a rape of humanity’s common cultural heritage in Mesopotamia.

There now exists a crisis in diplomacy. The Islamic State has effectively dissolved borders, and Washington’s new ally, Iran, is quickly filling the void. America’s traditional allies in the region, including Israel, Egypt, Jordan, and Saudi Arabia, do not trust Obama or his destructive minion, John Kerry. America’s allies in Europe have truly never been so skeptical of Washington. Relations with Russia have so deteriorated that war threatens.

On the other side of Obama stands a powerful financial cartel led by George Soros. The cartel’s operations are thoroughly intertwined with the Muslim Brotherhood to such an extent that they support and fund global Islamic jihad. Soros and his associates, to coin a phrase, are “stratoscrats;” they answer to no nation’s laws, they operate across borders, and they are the primary actors behind global regulation by the United Nations. These self-appointed masters of the universe purchase and then use sovereign countries for their own gain; the United States is their latest and crowning acquisition.

These two sides have prevented any meaningful economic recovery. A nation’s government is supposed to strengthen the country, but Obama has intentionally done the opposite. We are historically weak right now, while our enemies grow stronger.

A fifth column is operating the government through regulation of the (formerly) private sector, and deep penetration of the intelligence and security services. Even the venerable, powerful, and highly-respected U.S. military has been hobbled by these criminals.

Rome’s greatest statesman, Marcus Tullius Cicero, witnessed the end of the Roman Republic. Before paying with his life, he spoke to the Roman Senate:

A nation can survive its fools, and even the ambitious. But it cannot survive treason from within. An enemy at the gates is less formidable, for he is known and carries his banner openly. But the traitor moves amongst those within the gate freely, his sly whispers rustling through all the alleys, heard in the very halls of government itself. For the traitor appears not a traitor; he speaks in accents familiar to his victims, and he wears their face and their arguments, he appeals to the baseness that lies deep in the hearts of all men. He rots the soul of a nation, he works secretly and unknown in the night to undermine the pillars of the city, he infects the body politic so that it can no longer resist. A murderer is less to fear.

When a country is captured by traitors who write its laws and punish dissenters, it can rightly be regarded as a colony. The people can likewise be regarded not as citizens, but as subjects, or slaves.

In 1776, the Colonists fatefully decided to “dissolve the political bands which have connected them with another, and to assume among the powers of the earth, the separate and equal station to which the Laws of Nature and of Nature’s God entitle them.”

The situation we face today is imminently dangerous. We are threatened with the loss of our God-given freedoms. Though the cost may be high, the American people can still secure the blessings of liberty. We must. We owe it to posterity.

Mr. Ross, could you PLEASE put links to all of the sections of this article in each section? It's a major pain to try to read them in sequence.