Presenting yesterday at Washington & Lee University, William Dudley, the president and CEO of the Federal Reserve Bank of New York, offered some sobering charts and analysis. 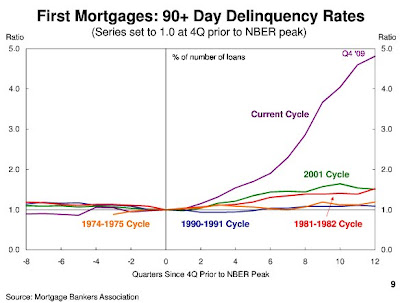 In a nutshell, everything the Democrat leadership doing is wrong, and the economy has yet to hit bottom. 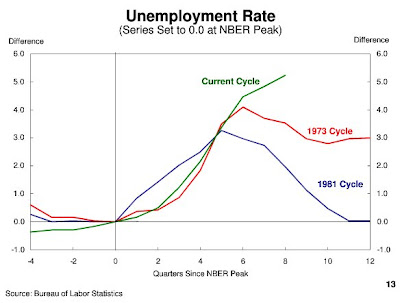 Dudley hinted that we may be in a period "of persistent unemployment." 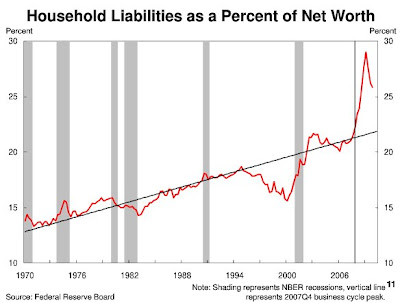 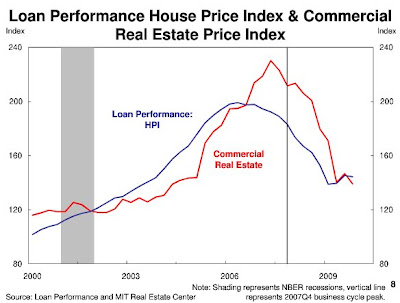 Real estate prices -- both residential and commercial -- have yet to hit bottom, primarily because of a lack of jobs. Without a job, a consumer can't make mortgage payments and has little discretionary income. 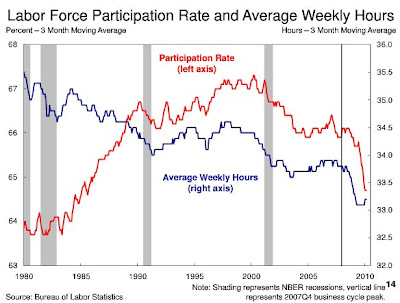 The percentage of those participating in the workforce continues to decline, along with the average number of hours worked by each employed person. 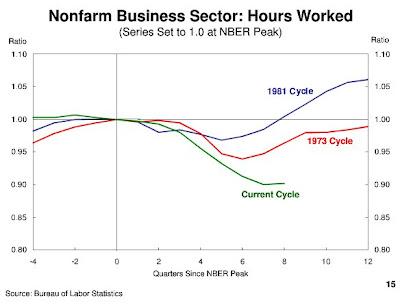 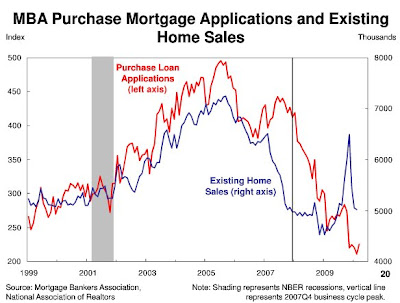 "The number of unemployed rose in March to over 15 million, and the percentage of the unemployed out of work for 27 weeks or longer increased to 44%, up from 41% in February." 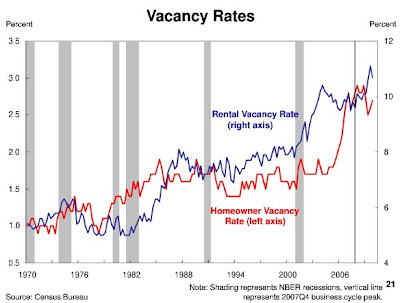 "The Labor Department’s broadest measure of unemployment, including discouraged workers and those at work part-time for economic reasons, rose to 16.9%." 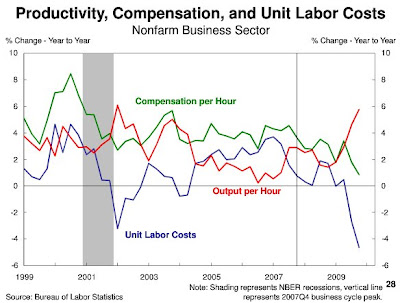 "Job creation is being slowed by the passage of laws that discourage employers from hiring, such as health care “reform,” which is resulting in many companies writing down earnings for 2010. And Congress is still considering tax increases in 2011, as well as a cap and trade energy bill that would raise energy costs and encourage new plants to locate offshore. All these measures will reduce job creation." 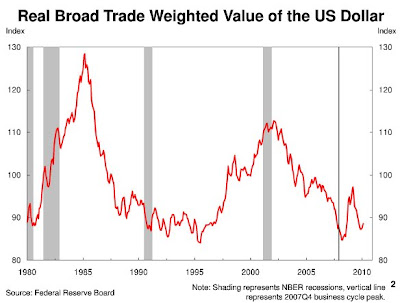 It may sound shocking to some, but the real Democrat strategy is to destroy the economy so that they can remake the system. It's called the Cloward-Piven Strategy, and was articulated in the sixties by a couple of radical Columbia professors. If you put this hard left Democrat government's actions in the context of Cloward-Piven, the massive deficits, high unemployment and unsustainable spending all make perfect sense.

at 11:46 AM
Email ThisBlogThis!Share to TwitterShare to FacebookShare to Pinterest
Labels: Crime, Democrats, Economy, Healthcare, Obama