In their most recent attempt to undermine the American military, the fulminating confluence of legacy media and leftist bloggers have seized upon a new report from USCENTCOM. 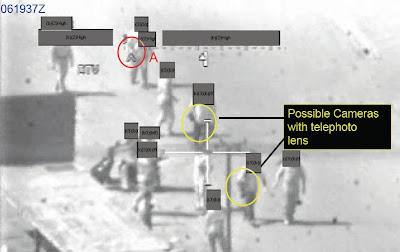 The report details an investigation into a 2007 incident that led to the deaths of two Reuters journalists and injuries to two Iraqi children. 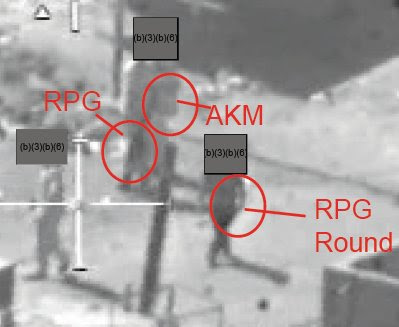 A gun-camera video documenting the incident was edited before it was posted on WikiLeaks to incite progressive outrage. 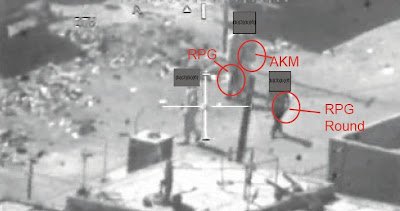 The editors provide plenty of fact-free editorializing and helpfully title the piece "Collateral Murder". A more accurate name would be "How Not to Use Journalists and Children as Human Shields." 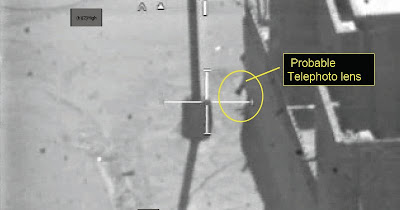 In the video, a group of military-aged males carrying (at minimum) two RPG launchers, multiple RPG rounds, and an AK-47 are, if not directly involved in a firefight with an approaching Bradley armored vehicle, in the very midst of the fight.

At the direction of ground forces, a nearby Apache takes out the group using a 30mm. Minutes later, as the Bradely pulls up, the two dead Reuters reporters and two injured children are discovered. They evacuate the kids for medical treatment and, all the while, they are under small arms fire. 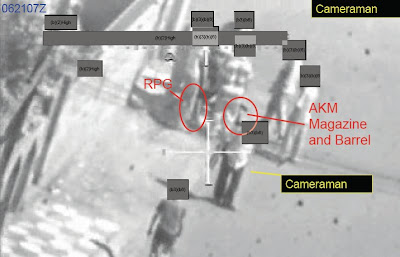 The usual crowd of leftist scum-sucking weasels are pointing to this incident as evidence of the depravity of the American soldier. The world's dumbest blogger, Matthew Yglesias, calls it a "massacre" and a "cover-up". 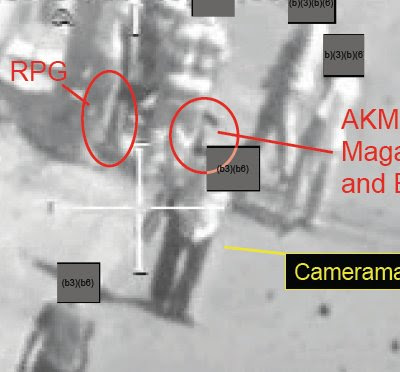 Yes, there was a huge cover-up, which is why CENTCOM released the results of the entire freaking investigation, only to have it cleverly edited into an infomercial and fundraising vehicle for the enemies of America. 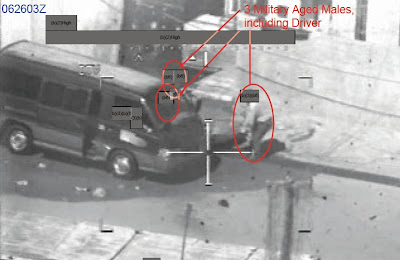 SUBJECT: 15-6 Investigation of Civilian Casualties Resulting from an Engagement on 12 July 2007 in the New Baghdad District of Baghdad, Iraq 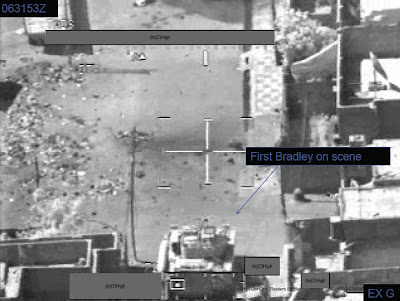 "From the witness statements and the Apache gun-camera film, I determined that the engagement in which the Iraqi children were injured and the two Reuters News employees were killed began at 1020 hours... Bravo Company 2-16 soldiers were within 100 meters of the location of a group of armed insurgents and two individuals carrying cameras when Apache helicopters engaged the insurgents with 30mm gunfire. The engagement concluded with the evacuation of casualties at 1041 hours." 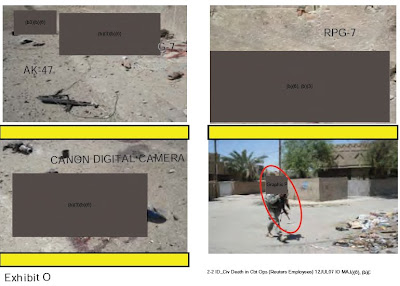 Exhibit J:
"While at this objective, I enusred that security on the roof top were maintained of 360 degrees. We ddi a brief SSE at the site due to the fact that one AIF member was lying on a RPG round and all individuals were on their stomachs. The risk of being booby-trapped was the reason for not touching the bodies... while on site we were under constant small arms fire from the east. Medical treatment was rendered to injured AIF. EOD blew up RPG launchers, RPG rockets and AK-47s."

Exhibit K:
"3-4 truck engaged on AIF carrying an RPG south of the [objective]. It is undetermined whether we hit the target. We also heard small arms to the east where Crazy Horse also engaged targets." 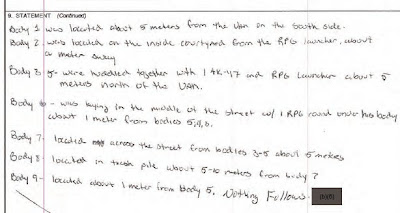 Exhibit L:
"While on scene, Crazy Horse (the Apaches) engaged a house to the east where people with weapons were observed going in. There was also an RPG round down in place by EOD... I personally did not see any dead or wounded who were not military-aged males." 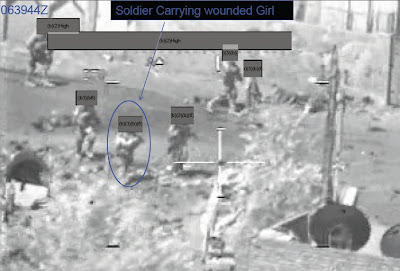 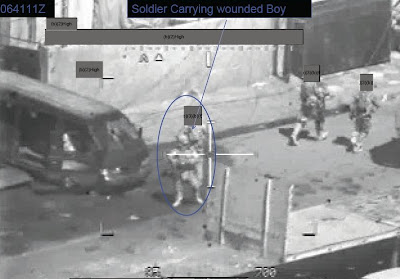 Exhibit N:
"No, I believe all were involved [were combatants]. There were two RPG launchers, multiple rounds for them and an AK-47 on scene. Some of the males were described by Hotel 2-6 as the ones having pop shots at his PLT all day. All males were found within 20 meter radius to the weapons on the ground. Between the radio traffic from Crazy Horse before and during the engagement as well as what I took note of on scene, I believe that all males involved were not in any way non-combatants."

Here's a memo for the pointy-headed bosses at Reuters: how about you whackjobs stop paying people to embed themselves with barbarians, who then use them and children as human shields?

Then you and your idiot employees might not get their asses shot off on a regular basis.

I think more Reuters reporters should go after "The Enemy's" story this way. AP, and the rest of the MSM. They are not really reporters anyway since they try to create "news"

Well done ... Glad to see someone properly rebut all the bull being flown by the left.

..except that Centcom confirmed today that the video posted by WikiLeaks was NOT edited...

[Centcom spokesman] Speaks did confirm for the first time on the record, however, that Centcom believes the footage that Wikileaks footage is genuine. “We don’t see any reason to doubt its authenticity,” he said.

But he added that Centcom didn’t necessarily believe the leaked video was necessarily a full representation of what happened. “Any assessment of that incident needs to take into account all of the relevant facts, and the video itself doesn’t tell the whole story,” he said.

I know they were within the ROEs to engage the van that came upon the scene.

However I'm dealing with somebody claiming that they were not, and that they are not allowed to fire on unarmed individuals.

Can somebody please give me an evaluation on the justification for engaging the van?

awesome job. the photos are proof and it's too bad our msm isn't required to prove half the made up garbage they spew to the masses...

Yglesias maybe a lot of things, but "dumbest" he is not.

I saw th video, I came here thanks to a friend I respect.
I came with open mind.
I was expecting more.
Maybe the discussed possible RPG you claim are true, but the van was never ever a threat and it was fired upon, thats the crime.
You used self-justifiyng language like military aged men... Its Irak! 80 percent of the population could be in military aged range! They are not like us, they have 7 kids each! The population pyramid is different there!
And what if they are male and young.. since when is this a crime of suspicious!
You are only right on asking to consider the whole story, ok, good. But you can`t justify firing on an unarmed van with unarmed people helping a wounded man. They were no threat!
Please, explain the firing on the van.

The reason for engaging the van is that it was connecting with armed enemies. the Apache crew had no idea what was in the van, it could well have been full of water, ammo, food etc.
it is insane to think that the enemy can drive vans around an active combat zone with impunity from attack.

I think this video needs some fisking!