Scandal: The Justice Department says Lois Lerner, who used her IRS office to target the Tea Party, didn't waive her Fifth Amendment rights before Congress and won't be prosecuted for contempt over her missing emails. 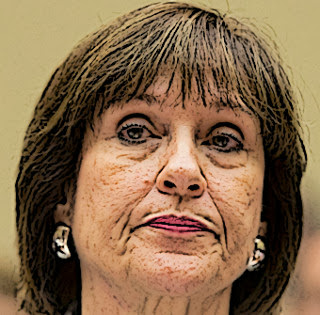 Until former Secretary of State Hillary Clinton is called to testify under oath before Congress about her multiple private email accounts on a personal server kept in her Chappaqua, N.Y., home, she won't get a chance to plead the Fifth Amendment as former IRS official Lois Lerner did in May 2013 before the House Oversight Committee regarding her division's targeting of Tea Party groups.

Clinton, under this administration, will likely not fear or face any criminal prosecution for violating the Federal Records Act and doing her official business on that personal server now deliberately wiped clean of records she knew were under subpoena and the subject of Freedom of Information Act lawsuits.

But then, Lois Lerner, poster child for hard-drive crashes and missing emails, won't face charges for contempt of Congress either. After pleading her innocence at that 2013 hearing, Lerner went on to invoke her Fifth Amendment right to remain silent. This raised the question of whether the Constitution let her remain silent after she was not silent and pleaded her case.

The House decided that no, it doesn't. In May of last year it voted to hold her in contempt of Congress. The Ways and Means Committee went so far as to send the Justice Department a criminal referral with potential charges that could have meant 11 years in jail.

Lerner waived her rights not only when she pleaded her innocence before Congress, but also when she shared with DOJ information she was withholding from Congress.

Hans Von Spakovsky, senior legal fellow at the Heritage Foundation, says government officials can't pick and choose when and where they invoke their Fifth Amendment rights. They can't legally give information to the DOJ that they withhold from Congress.

"When Lerner gave a lengthy interview to the government, she waived the Fifth. There's no doubt about it," says Von Spakovsky. "The law is crystal clear here in the District of Columbia."

But not so clear, it seems, to the political wagon circlers at the Justice Department.

Ronald Machen, U.S. attorney for D.C., informed House Speaker John Boehner in a letter on Tuesday that Lerner did not waive her Fifth Amendment rights and it would be inappropriate for the Obama administration to bring the matter before a grand jury.

That, Machen said, was because Lerner "made only general claims of innocence" and did not cite any specific matters. Interestingly, Machen stepped down as U.S. attorney on Wednesday. No need to stick around, it seems, his job was done.

Indeed, like Clinton, Lerner said she did nothing wrong and followed all procedures and protocols.

This is an administration that sees and hears no evil — unless it involves a U.S. senator like Bob Menendez of New Jersey, who bucks the administration on Obama's wrong-headed Iran policy.

With Clinton, the problem is criminal and political. If she signed the federal separation form OF-109 certifying she returned all government material before leaving government service, she committed perjury.

She may face political consequences as she runs for president, but we don't think she need fear any criminal probes.

Just ask Lois Lerner about that.

at 11:55 PM
Email ThisBlogThis!Share to TwitterShare to FacebookShare to Pinterest
Labels: Crime, Demo