The California residents who elected Jerry Brown should be overjoyed at tomorrow's news story in the Wall Street Journal: 40,000 state convicts were ordered released so that they can roam the streets. 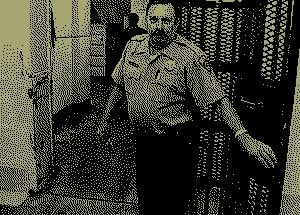 A three-judge panel in a California federal district court ruled in January that overcrowding in the state's prison system, the nation's largest, is the main cause of substandard medical and mental health care that violates prisoners' Eighth Amendment right to be free from cruel and unusual punishment...

The state houses 164,000 inmates in a system designed to hold about 80,000, and the prisons have been beyond capacity for two decades. The judges ordered the state to cap the inmate population at 137.5% of their capacity within two years, which would be about 110,000 inmates this year.

Of course, the father of this debacle is none other than Governor-Elect Jerry Brown, who has been in bed with the prison guards' union since his career began. The union -- which the right-wing rag called The Huffington Post calls "one of the state's richest and most reviled special-interest groups" -- has fought sensible sentencing measures for decades. Just two years ago, the union and Brown teamed up to keep the prison population artificially high. 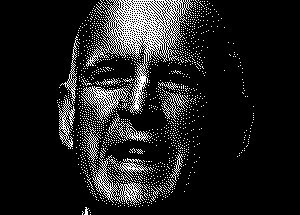 Prop. 5 is a modest and sensible reform of California's corrections system that promises to reduce the state's bloated prison population and, in the process, cut state spending by billions of dollars. The measure is supported by a wide-range of treatment professionals, good-government types and former high-ranking corrections and law enforcement officials.

The prison guards, however, oppose Prop. 5. They don't like the math. Fewer prisoners will mean fewer jobs and less overtime pay for prison guards...

That's how it's been for years. Brown fought relentlessly to maintain California's 'Three Strikes Law', which hasn't helped deter crime at all, but has certainly kept the union fat and happy at taxpayer expense.

And, best of all for California's voters, Brown was endorsed again this year by the union.

Worse still, Brown is an outspoken proponent of illegal immigration. And you can just imagine the impact of illegals on California's prison population. Oh -- wait, you don't need to imagine:

Inmates self-identify their country of birth, so the citizenship breakdown may not be entirely accurate, according to CDCR spokesman Gordon Hinkle...

Because the inmates self-identify citizenship, the estimate of 22,000 illegal immigrants in the prison population is most certainly low. The real number may never be known, but as recently as 2003 the Department of Justice (the real DOJ, pre-Holder) reported that 108,000 illegals living in California served time during the year.

So, as a reward for that failure, Californians reelected him to the highest state office.

Am I the first to suggest building a fence around California?

What a horrid mess.

And California deserves the mess.

Did they just re-elect Brown?

Did they just re-elect Boxer?

The cons will leave CA since there's nothing left to pillage or burn or steal from that beleaguered state.

Unlike leftist states, Arizona allows all her citizens to carry guns. And we do.

""The union — which the right-wing rag called The Huffington Post calls “one of the state’s richest and most reviled special-interest groups”...