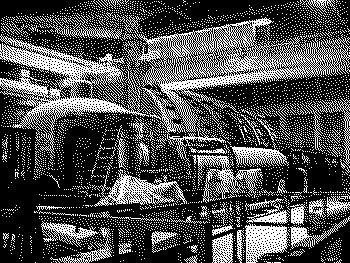 Langner said that the portion of the worm that targeted Uranium enrichment plants manipulated the speeds of mechanical parts in the enrichment process, which would ultimately "result in cracking the rotor, thereby destroying the centrifuge."

He said the strategic importance of such an attack is that it was able to "attack and destroy centrifuge facilities that are unknown to IAEA inspectors and the world," saying that this was likely the main goal of the worm's first "warhead."

The second "warhead" targeted the Bushehr nuclear plant [by attacking] the external turbine controller of the Bushehr plant, a 150 foot "chunk of metal," that could "destroy the turbine as effectively as an air strike."

Praising the sophistication of the attack code, Langner said, "it is obvious that several years of preparation went into the design of this attack." Describing the technological advancement it represents, he compared it to "the arrival of an F-35 fighter jet on a World War I battlefield." He called the technology, "much superior to anything ever seen before, and to what was assumed possible."

Siemens is selling to the enemy. Remind me not to buy any Siemens equipment.