Someone has to tell Gizmodo to grow up. It's not down with the TSA's new "hands-on" approach to security.

...This is a photo of the TSA booth by the security check-in point at Indianapolis International Airport. Take a close look at the wallpaper on the computer in that booth. Nervous yet? 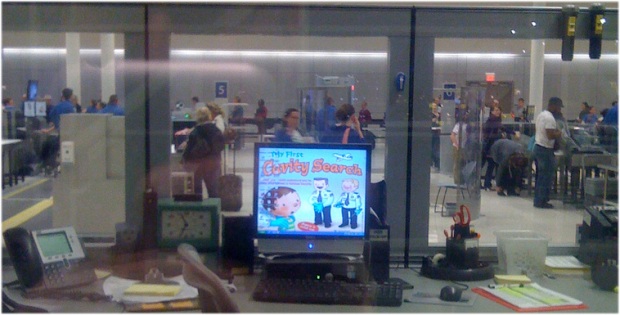 In case you don't recognize the image in the wallpaper, it's this fake children's book cover... 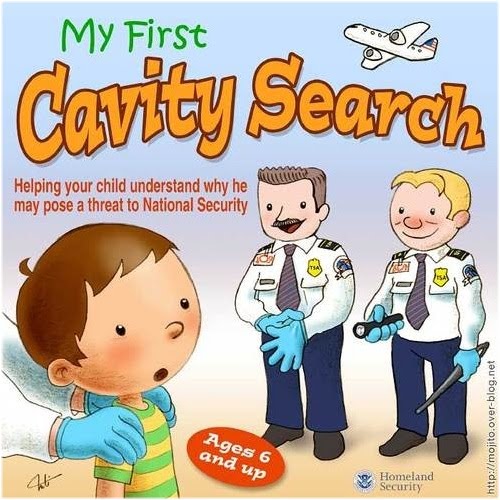 While I'm really glad to see that TSA security personnel has a sense of humor, I really wish it didn't involve poking fun of my third biggest travel nightmare. [Flickr via Reddit via High Definite]... Photo taken by Dan Moore

Get real, Gizmodo: it could be worse. They could be examining full-body scans of Janet Napolitano.

at 7:29 PM
Email ThisBlogThis!Share to TwitterShare to FacebookShare to Pinterest
Labels: Security