Partridge's secretion accuses the FBI of "state-sponsored terror" because it's -- wait for it -- enticing innocent Jihadists into violent attacks against innocent civilians. 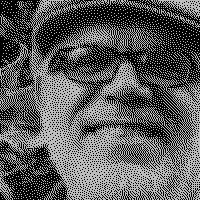 Tonight in Portland, we had a small dose of the FBI’s almost-operational terror sprees, as agents spent more than a year goading a young jihadi wannabe into almost killing thousands of Portlandians in our city’s living room as we gathered for the lighting of the holiday tree...

...Wow, what kind of complex network would it take for a Somalia-born US citizen to envision, develop, and then carry out such a huge and complex attack in a large public place with so many innocents gathered? Why, of course, one enabled by the FBI...

Thank goodness for the heroic FBI that allowed one silly young man trying to impress older, more senior “terrorists” with an operational plan. And thank goodness they saved us from this attack, moments before it didn’t occur.

How long are we going to let the cowboys shoot up our country with their false terror plots and operations that would go nowhere without their instigation, planning, and coercion? How long will we allow our own federal constabulary to justify its own recklessly inflated budget by permitting actions like this to develop, fester, and grow operational in our midst? 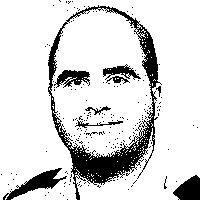 I wonder what the children, parents, brothers and sisters of those slaughtered last year by Nidal Malik Hasan would say to Partridge?

• Or those injured, some severely, by the driver of an SUV at the University of North Carolina who intentionally slammed into a crowd of pedestrians in "retribution for the treatment of Muslims around the world"?

• Or the loved ones of those murdered and wounded inside the Seattle Jewish Federation by self-proclaimed "Soldier of Islam" Naveed Haq?

• Or the families of those killed and wounded by Asan Akbar?

• Or those attacked by San Francisco jihadist Omeed Aziz Popal, who killed one, left seven in critical condition and injured at least seven others by driving his car into innocent passers-by in a series of attacks a firefighter called "like Death Race 2000"?

If you happen to spot the corpulent Partridge on the street one day, I'd discourage you from coming up behind him and screaming Allahu Akbar at the top of your lungs.

And under no circumstances should you walk into a Starbucks -- when Partridge is reading Perez Hilton on his iPad and sipping a Mochachino -- while wearing a long trench-coat, then stop just inside the entrance and reach inside your coat and shriek Death to America! as loud as you can.

Because while Partridge might stain his undergarments, he'll also think you're an FBI agent.